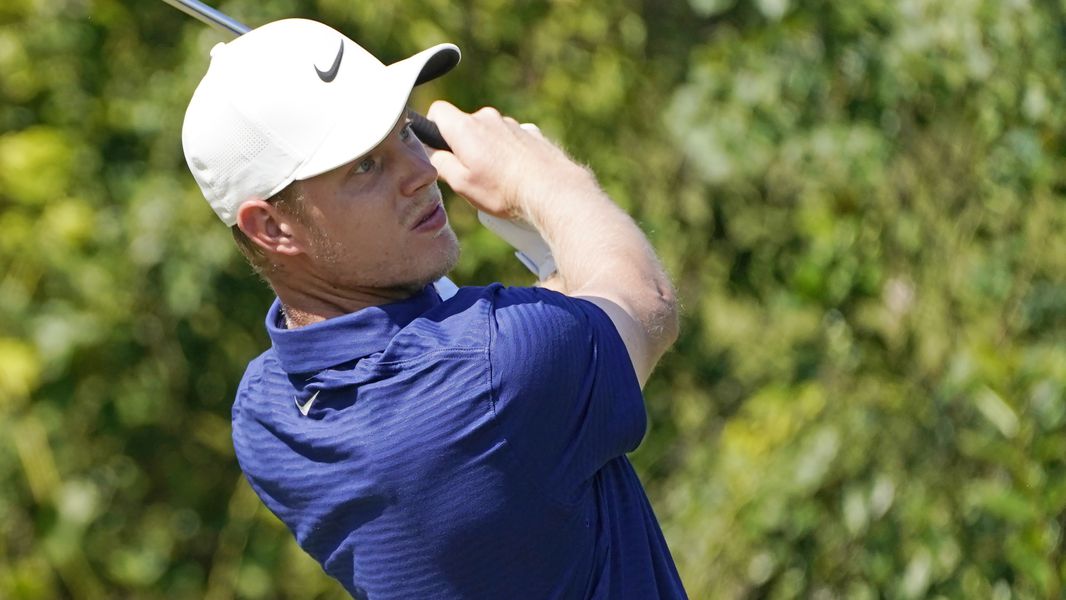 Cameron Davis has never won on the PGA Tour, but he played like a winner in the third round of the Sanderson Farms Championship.

The 25-year-old Aussie birdied the first five holes to kick-start a bogey-free, 9-under-par 63 and is tied for the lead with Sergio Garcia of Spain and J.T. Poston heading to the final round at the Country Club of Jackson in Jackson, Miss.

“I was in the groove,” said Davis (pictured), who won the 2017 Emirates Australian Open. “I was tinkering with some things the first couple days and not hitting the ball so well, so today I just stuck with what I know works. I had a nice little draw going with my irons and my ball-striking was really good.

“I really had a good idea of where the ball was going, and that wasn’t happening earlier in the week. I also liked the way I was rolling the ball on the greens, so I made some putts. It was one of those rounds where you just try to forget where you are and stay in the moment.”

Davis, whose only other pro victory came in the 2018 Nashville Open on what is now the Korn Ferry Tour, collected seven birdies and sank a nine-foot eagle putt at No. 14, while posting a 54-hole score of 14-under 202.

Garcia, who has dropped out of the top 50 in the world rankings for the first time since 2011, has been putting with his eyes closed this week after reading the line and made three birdies on each nine in a bogey-free 66.

“It’s quite simple, I just want to clear my mind and my eyes, and make a good stroke,” said Garcia, who has 35 pro victories, including the 2017 Masters. “I’ve made some nice putts and I’m going to keep doing it while it works. I just have to trust it.

“I’m playing the way I know I can, hitting a lot of good shots, and giving myself a lot of good looks. If I can leave the course at the end of the day knowing I did my best the way I did today, that’s all I can do.”

Poston, whose only PGA Tour victory came in the 2019 Wyndham Championship, had sole possession of the lead before making a bogey on the 16th hole, where he drove into the rough and hit his next shot into a greenside bunker before missing a 28-footer for par.

“I’m in a good spot going to tomorrow,” Poston said after salvaging his third straight round in the 60s with that clutch putt at the finish. “I didn’t putt as well as I did the first two days, although I still made a couple, but I feel like I left a few out there. Still, I’m happy with where I am.”

Brandt Snedeker, who has won nine times on the PGA Tour, collected four birdies on the back nine in a 67 and is one stroke back in a tie for fourth with Kristoffer Ventura of Norway, who made nine-foot birdie putt on the last hole for a 68.

Keegan Bradley, the 2011 PGA champion who led by two strokes after 36 holes, salvaged a 73 with a 15-foot eagle putt at No. 11 and is two shots behind in a tie for sixth with Aaron Wise of Lake Elsinore, who carded a bogey-free 67, and Denny McCarthy, who made three birdies down the stretch in a 69.

Charley Hoffman of Poway and UNLV, who had a share of the first-round lead at 64, had two birdies and two bogeys in a 72, and is three down in a tie for ninth with Tyler McCumber, who holed out from 61 feet for an eagle at No. 15 to highlight a 66.

Defending champion Sebastian Munoz of Colombia, who was part to that first-round tie at 64, is tied for 14th after a 70 that he closed with an 11-foot birdie putt.