Bradley Leads Sanderson Farms by 2 After 65 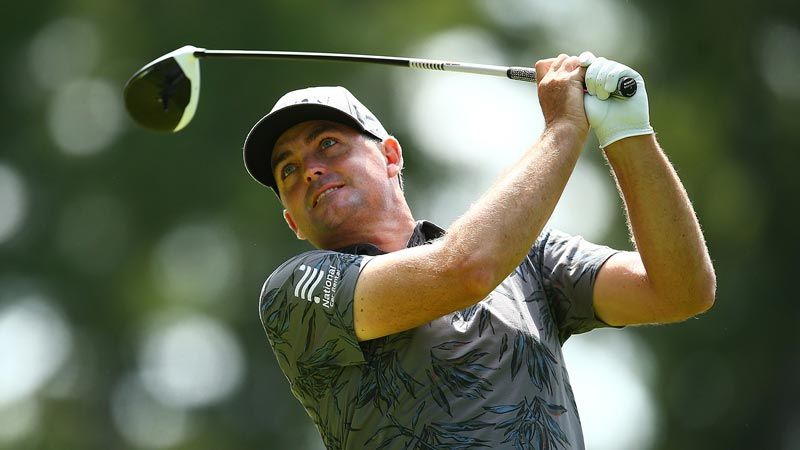 Keegan Bradley is playing in the Sanderson Farms Championship for the first time and it was love at first sight.

The 34-year-old Bradley collected eight birdies while carding a 7-under-par 65 to take a two-stroke lead over Charley Hoffman and J.T. Poston after 36 holes at the Country Club of Jackson in Jackson, Miss.

“I just love this course, the way it sets up,” said Bradley, who has won four times on the PGA Tour, including the 2011 PGA Championship at Atlanta Athletic Club. “You just step up to the tee and let it rip, and if you hit the fairway, you can attack.

“I had a blast out there today and it’s been a fun 36 holes. Sometimes, it’s not so much fun. I love these greens and it’s great to see some putts go in. Things are just clicking right now and I hope to bring that to the weekend.”

Bradley, whose last victory came in the 2018 BMW Championship, started fast with three straight birdies and then finished with four more on the last six holes to record a 36-hole total of 13-under 131 with a four-foot putt at No. 18.

Poston was even par for the day after starting at No. 10, before making five birdies on the first six holes of the back nine en route to a 67, while Hoffman followed his opening 64 with a 69.

“I’m comfortable on Bermuda grass, I grew up playing on it,” said Poston, whose only PGA Tour victory came in the 2019 Wyndham Championship. “They have the same type of grass at the Wyndham.

“I feel like putting is my strength and I was able to take advantage of that. The greens are very fast and I didn’t make too many on the front nine, but was able to see a few go in on the back side. I hope to keep that going on the weekend.”

Said Hoffman, of Poway and UNLV, who was part of a four-way tie for the lead after round one: “These greens are so good they remind me of Augusta, and I putt well there, too. It’s easy to see the lines, and when you do that you’re going to make some putts.”

Monday qualifier MJ Daffue of South Africa birdied four of the first five holes after he made the turn while finishing his 69 on the front nine and is three shots behind in solo fourth, while Denny McCarthy posted a bogey-free 67 and is one more back in a tie for fifth with Kristopher Ventura of Norway, who sank a 17-foot eagle putt at No. 11 in his 68.

Kevin Chappell of Fresno and UCLA, one of the first-round leaders, struggled to a back nine 40 to shoot 72 and is five down in a tie for seventh with Sergio Garcia (68) of Spain, Brandt Snedeker (66), Anirban Lahiri (70) of India and Talor Gooch (70).

Defending champion Sebastian Munoz of Colombia struggled to a 73 after having a share of the first-round lead at 64.