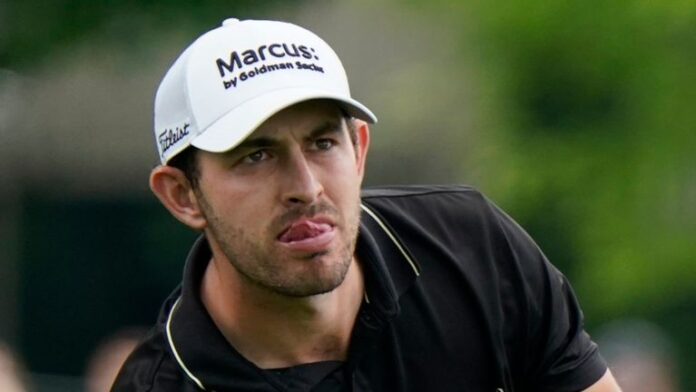 Patrick Cantlay has held the lead after each of the last five rounds on the PGA Tour.

The fourth-ranked Cantlay sank a 23-foot birdie putt on the final hole to cap and an up-and-down, 3-under-par 67 and will take a two-stroke lead over top-ranked Jon Rahm of Spain to the final round of the Tour Championship at East Lake Golf Club in Atlanta, where the winner of the FedEx Cup will be determined.

However, it could have been better because Cantlay, who took the lead in the FedEx Cup standings by winning the BMW Championship in a six-hole playoff over seventh-ranked Bryson  DeChambeau of Clovis last Monday, had a four-stroke lead over Rahm after 10 holes.

“That birdie at the end was big,” said Cantlay, the only player on the PGA Tour with three victories this season. “That was a great up-and-down out of the bunker for a closing birdie and I’ll take that into tomorrow.

“My speed on the greens was good, like it was yesterday, but today the ball finally started going into the hole and I made some big putts for birdies and pars. I hope it’s like that tomorrow, that I make more than I miss.

“This is a tournament I really want to win, but it feels like any other tournament, just like last week. I expect just a normal Sunday and I figure it will go right down to the end.”

Cantlay, from Los Alamitos and UCLA, birdied four of five holes through No. 10 to bui8ld on his one-stroke lead after 36 holes but made three bogeys on the back nine in addition to three birdies and posted a 54-hole score of 20-under 200.

“I was better off the tee today but it wasn’t my best iron game,” said Rahm, the reigning U.S. Open champion. “The pin positions were not easy but I didn’t quite have the speed of the greens right and left some putts short.

“I hope to come back with my A game tomorrow and make a run at this guy in front of me. I’m still in a good position hope to make a run going to the back nine. It’s going to be a fight and I think we will put on a good show.”

Sixth-ranked Justin Thomas, the 2017 FedEx Cup champion, collected three birdies on each nine but drove into the rough en route to his only bogey on the last hole and is five shots back in third after a 65, while Kevin Na of Diamond Bar is seven behind in fourth after a bogey-free 66.

Abraham Ancer of Mexico carded a bogey-free 65 and is 10 strokes down in a tie for fifth with Billy Horschel, the 2013 FedEx Cup champion, who birdied the last two holes to cap a bogey-free 67.

DeChambeau made bogeys on four of the first six holes but rallied with birdies on two of the last four to salvage a 72 and is 11 shots back in a tie for seventh with Viktor Hovland of Norway, who had three birdies and three bogeys in a 70.

Second-ranked Dustin Johnson, the defending Tour Championship and FedEx Cup winner, birdied the last two holes for a 68 and is 12 back in a tie for ninth with fifth-ranked Xander Schauffele of La Jolla and San Diego State, the Olympic Golde Medalist, who made four birdies on the back nine in a 67, and Jordan Spieth, the 2015 FedEx Cup champion, who came in at 70.

Eighth-ranked Louis Oosthuizen of South Africa is 12th after a 71, ninth-ranked Tony Finau struggled to a 73 and is tied for 13th, third-ranked Collin Morikawa, the reigning Open champion, is tied for 22nd following a 68, and reigning Masters champion Hideki Matsuyama is tied for 29th after a 69.

Tenth-ranked Brooks Koepka withdrew after 12 holes because of a left wrist injury that he sustained when hitting a shot out of the rough on the 10th hole, where his clubhead struck a tree root he did not see.