Burns Up 2 in AT&T Byron Nelson After 62 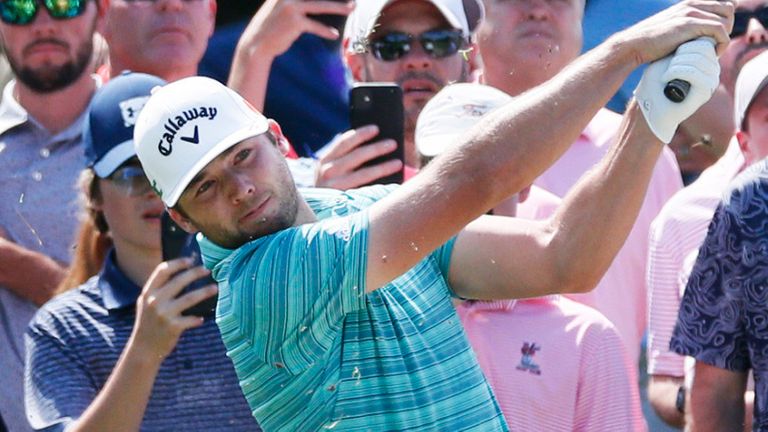 Sam Burns claimed his first PGA Tour victory two weeks ago in the Valspar Championship and he wants more.

The 24-year-old Burns shot a bogey-free, 10-under-par 62 that is his career low to take a two-stroke lead over Alex Noren of Sweden midway through the AT&T Byron Nelson at TPC Craig Ranch in McKinney, Texas.

“Everything felt good out there,” said Burns, whose only other pro victory came in the 2018 Savannah Golf Championship on what now is the Korn Ferry Tour. “I got into a good rhythm early, then made a nice run early in the back nine and it was nice to make those two birdies at the end. It was windier today and that dried out the greens, and they were quicker, so all I had to do was stroke it really well.

“Golf is a fickle game, and I was working hard and seeing progress at home, but the biggest thing now is to have some good results in tournament play. I just have to continue what I’m doing and have a good game plan.

“I just have to keep putting myself in the right spots and see what happens on the weekend.”

Burns, who took a week after winning the Valspar, made four birdies on the front nine, four straight through No. 14 and two in a row at the finish to record a bogey-free, 36-hole total of 17-under 127.

Noren collected four birdies on each nine in a bogey-free 64 and is solo second, followed another shot back in third by Kyoung-Hoon Lee of South Korea, who carded a second straight 65.

“It was my strong iron play,” said Lee, who has won four times in Asia and tied for second in the Waste Management Phoenix Open earlier this year for his best finish on the PGA Tour. “I hit the ball well yesterday, too, but had some good putts and some bad. Today, most of my putts were good. I hit a lot of good irons and chip shots, too.

“I’m just trying to say positive because sometimes I get down on myself. I’m very happy with my position and just want to keep the momentum, and play good golf on the weekend.”

Doc Redman is four shots down in fourth after making two late bogeys in a 67, while first-round co-leader J.J. Spaun of Los Angeles and San Diego State sank a six-foot birdie putt on the last hole and is five strokes behind in fifth.

Jordan Spieth, who shared the first-round lead with Spaun, followed his opening 63 by salvaging a 70 with a four-foot birdie putt on his last hole and is six down in a big tie for sixth with Matt Kuchar (66), Patton Kizzire (64), Seamus Power of Ireland (68), Charl Schwartzel of South Africa (68) and Carlos Ortiz of Mexico (66).

Defending champion Sung Kang of South Korea, who won the tournament in 2019 and was unable to defend his title last year because the event was cancelled because of Covid-19, is tied for 27th after a 69.

Third-ranked Jon Rahm of Spain also had a 69 and is in a tie for 40th that includes fourth-ranked Bryson DeChambeau of Clovis, who finished at 68, while Masters champion Hideki Matsuyama of Japan is tied for tied for 52nd after a 70.