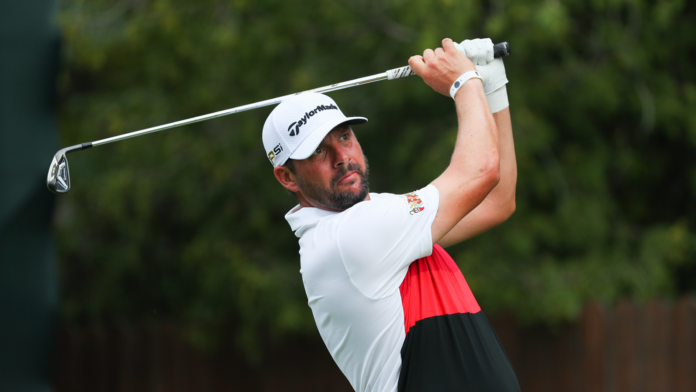 Michael Block of Arroyo Trabuco Golf Club in Mission Viejo has earned the Rolex Southern California PGA Player of the Year Award for the fifth consecutive year and the ninth time during his career.

Block collected 1,592.50 points in his 11 events during the year, winning the SCPGA Four-Ball Championship, the SCPGA Section Professional Championship, and playing on the winning squad in the Metro Chapter Team Stableford Championship. He recorded nine other top-five finishes this year.

For good measure, Block shot a career-best score of 58 this year and posted a 4-1 record to help lead the United States to a 15½-10½ victory over Great Britain and Ireland in the 30th PGA Cup at Fox Hills Resort & Club in Surrey, England.

Block, who turned pro in 1998 after graduating from University of Missouri St. Louis, also won the 2001 California State Open and is one six Players of the Year being honored by the SCPGA for 2022.

Rick Garboski of the Golf Development Complex in Moorpark won his first SCPGA Rolex Senior Player of the Year Award with 806.17 points in 13 events. Garboski won the SCPGA XXIO Laguna Woods Pro-Am and the SCPGA Northern 2-Day this year.

Paul Wise of Hillcrest Country Club in Los Angeles won his third SCPGA Rolex Super Senior Player of the Year Award with 520 points in 14 events. Wise captured nine events, including the SCPGA Super Senior Match Play Championship, the Senior Division of the SCPGA Players Championship, and the Senior Joe Robinson Memorial. He didn’t finish outside the top four in any of the 14 events.

The Players of the Year will be honored at the 2022 SCPGA Presidents Dinner in Newport Beach on Dec. 11 along with the SCPGA Special Award winners.