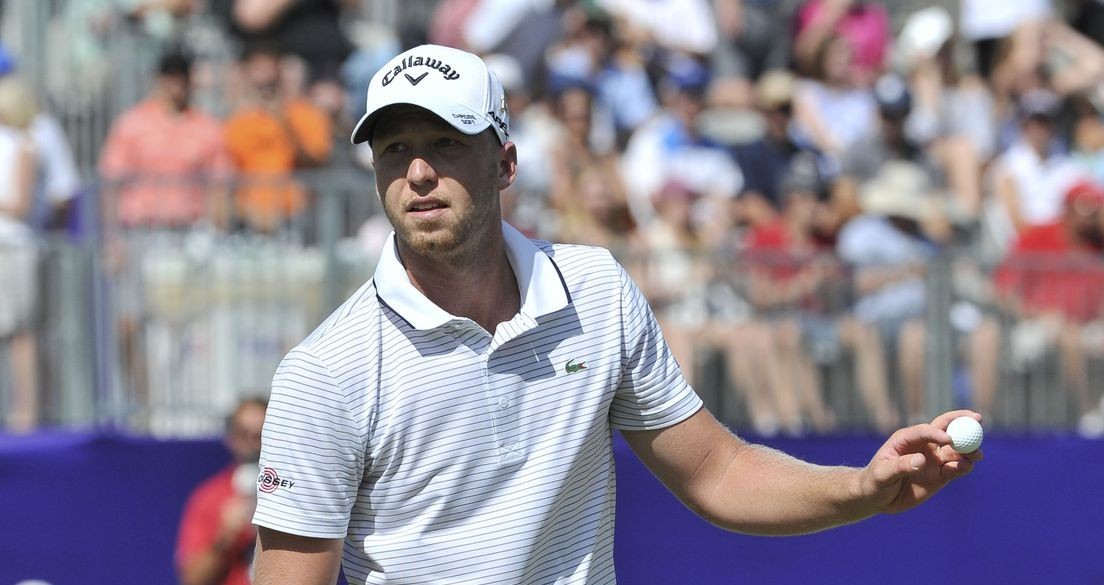 Defending champion Daniel Berger hardily got a mention in the first two rounds of the FedEx St. Jude Classic.

Then the 24-year-old Berger posted back-to-back 4-under-par 66s on the weekend to repeat as champion at TPC Southwind in Memphis, Tenn., beating Charl Schwartzel and Whee Kim of South Korea by one stroke.

“I’m extremely proud,” said Berger, the 2015 PGA Tour Rookie of the Year, “I’m 1-for-1 in defending a title and that’s a pretty good stat. I battled so hard and played so well. Golf is so tough, I can’t believe I won again.

“I cracked my driver early in the week but the Callaway guys did a great job of patching it up. … I stayed in the same room as last year, the same room number, and I thought, ‘No way.’ But it was my week and I was able to win again.”

Berger chipped in for a par from 26 feet on the first hole to kick-start his bogey-free final round and claimed his second PGA Tour victory with a score of 10-under 270.

Schwartzel, the 2011 Masters champion, birdied the first three holes and also closed with a 66, but his only bogey at No. 6 proved costly, while Kim made his only bogey in a 67 at No. 10 and remained winless on the PGA Tour.

Billy Horschel birdied the last four holes to finish with a 64 that was the low score of the round and was two shots back in a tie for fourth with Kevin Chappell of Fresno and UCLA, who totaled 69, amateur Braden Thornberry, who posted a 65, Chez Reavie, who had a 69, and 54-hole co-leader Rafa Cabrera Bello of Spain, who came in at 71.

Thornberry, a sophomore at Mississippi who won the NCAA individual title late last month, sank a 45-foot eagle putt on the fifth hole in his bogey-free final round, the highlight of his first tournament against the pros.

Phil Mickelson shot 68 to finish three behind in solo ninth, while 54-hole co-leaders Stewart Cink and Ben Crane stumbled to 73s and wound up four down in a tie for 10th with Harris English (65), Adam Scott (68) of Australia, Steve Wheatcroft (68), Dominic Bozzelli (69), David Hearn (70) of Canada and Chad Campbell (72).