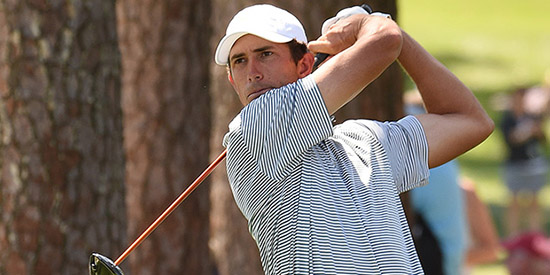 Veteran Stewart Hagestad of Newport Beach, Ricky Castillo of Yorba Linda, William Mouw of Chino and Cameron Sisk of San Diego are among 16 players invited by the USGA’s International Team Selection Committee to attend a practice session on Dec. 16-18 for the 48th Walker Cup Matches next year.

The sessions will be held at Bay Hill Club & Lodge and Lake Nona Country Club in Orlando, Fla., ahead of the annual Palmer Cup, which is scheduled for Dec. 21-23. Eight of the 26 players are competing in the Palmer Cup at Bay Hill.

“The process of team selection continues with this practice session and is an opportunity for all involved to become more familiar with each other and create team camaraderie while adhering to health and safety protocols,” said John Bodenhamer, USGA senior managing director, Championships.

“These accomplished individuals represent a talented group of potential USA Team members, but we expect others will be considered as the selection process moves toward its conclusion.”

Captain Nathaniel Crosby of Pebble Beach, who guided the USA to victory in the 2019 Walker Cup at Royal Liverpool Golf Club and played on the winning USA Team in 1983, will also attend the practice session.

Team USA will play Great Britain and Ireland in the 2021 Walker Cup at Seminole Golf Club in Juno Beach, Fla., on May 8-9.