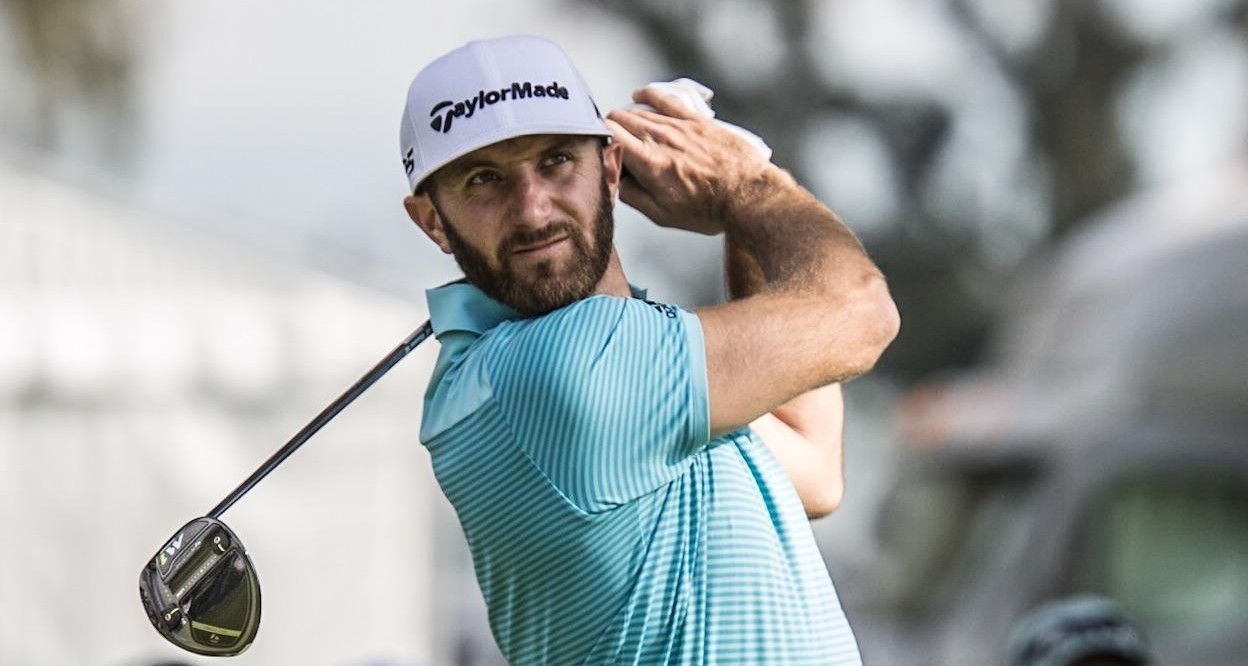 Dustin Johnson has missed four weeks since withdrawing before the start of the Masters because of a freak injury, but he hasn’t lost his place.

DJ played so well in recent months that he remains the unchallenged No. 1 player in the Official World Golf Ranking, in addition to holding the lead in the FedExCup standings.

Johnson returns this week for the Wells Fargo Championship at Eagle Point Golf Club in Wilmington, N.C., which is replacing Quail Hollow for one year because the usual host course in Charlotte will be the site of the PGA Championship in August.

“We certainly are excited that Dustin will be joining us in Wilmington,” Wells Fargo Championship executive director Kym Hougham said when Johnson committed the tournament. “More importantly, we are glad that he is OK and will be returning to the PGA Tour.”

The 32-year-old Johnson, the prohibitive favorite at Augusta National, was injured the day before the first major of the year when he fell down a short flight of stairs at the house he was renting.

Not only was his lower back injured, but Johnson also severely bruised his left elbow. He got to the course the next day, warmed up and actually made it to the first tee before deciding the prudent move was to withdraw.

“It (stinks); I want to play,” Johnson, who was wearing socks when he slipped on the wooden stairs, said before leaving Augusta. “I’m playing the best golf of my life and to have a freak accident happen … it (stinks) really bad.”

Johnson, who this year joined Jack Nicklaus and Tiger Woods as the only players to claim at least one victory in each of their first 10 seasons on the PGA Tour, finally seemed to be reaching the full extent of his potential.

DJ was heading into the Masters after victories in his last three tournaments — the Genesis Open, the WGC-Mexico Championship and the WGC-Dell Technologies Match play — and had finished in the top 10 in five of his six tournaments this year.

Johnson told the Jordan Schultz of the Huffington Post that his back has responded to treatment and rest, and that his practice sessions were going well.

“I was hitting the ball better today than I was when I injured myself, so that was a lot of fun,” he said to Schultz recently. “The back’s feeling a lot better.”

If Johnson is even close to the form he had before the injury, that is bad news for the rest of the Wells Fargo field, which includes Adam Scott of Australia, Phil Mickelson, Patrick Reed, Martin Laird of Scotland, Paul Casey of England, Ernie Els of South Africa, Zach Johnson, Jonas Blixt of Sweden, Jim Furyk, Bill Haas, J.B. Holmes, Webb Simpson, Carl Pettersson of Sweden and rookie star Jon Rahm of Spain.

James Hahn will defend the title he won last year by defeating Roberto Castro on the first hole of a playoff.

Furyk believes Johnson, who will defend his U.S. Open title next month at Erin Hills in Wisconsin, will be just fine.

“I’m sure Dustin was disappointed to have to miss (the Masters) because of how well he’s been playing,” said the 2018 U.S. captain for the Ryder Cup who likely will have Johnson as one of his leaders on the course and in the team room.

“Maybe he thinks it’s a missed opportunity, but he’ll have plenty more chances. I really feel bad for him, but more importantly, I hope he gets back to 100 percent soon.”

Johnson, who grew up about a two-hour drive from Eagle Point in Columbia, S.C., and played college golf at Coastal Carolina, figures to be a gallery favorite this week.

However, Simpson and Pettersson will have the home-course advantage because they are members at Eagle Point, while most of the players in the field will be seeing it for the first time.

“I love Eagle Point,” said Simpson, the 2012 PGA champion, who also is a member at Quail Hollow. “I think players will love it.

“I think the tricky thing, guys don’t like going to tournaments where it’s a new course for the first time. … It’s a fantastic golf course, and it’ll get good feelings (from the players).”

No matter the course, if Johnson can somehow bring his “A” game, the way he performed in the past few months, everybody else might be playing for second.