Rickie wins Honda by 4, but it wasn’t easy 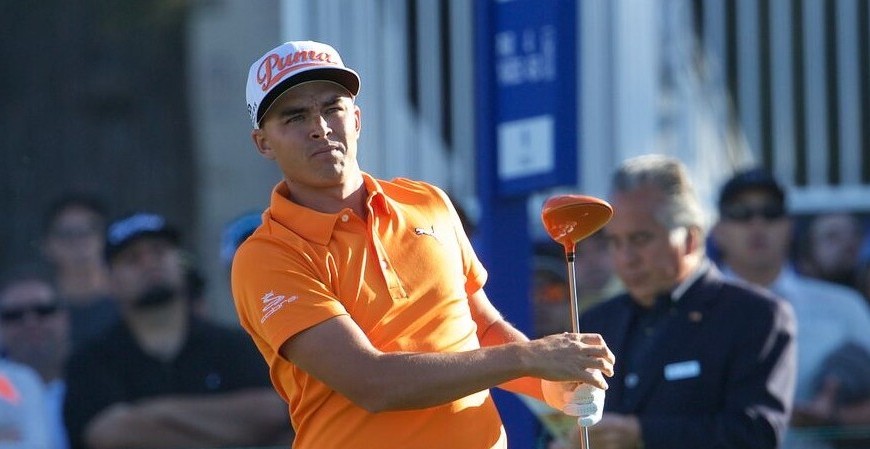 Rickie Fowler survived a wild ride that wound up the winner’s circle of the Honda Classic.

The 28-year-old Fowler saw all but one of his four-stroke overnight lead disappear in the final round, but steadied on the back nine of a 1-over-par 71 to win by four over Gary Woodland and Morgan Hoffman on the Champion Course at PGA National in Palm Beach Gardens, Fla.

Fowler, who opened with 66-66-65, drove into the water and made a double-bogey 6 on the sixth hole but carded three birdies in four holes on the back nine before salvaging a bogey on another shot into the water on the 17th — last hole of the infamous “Bear Trap.”

Even though he finished with a bogey, it was good enough to win at 12-under 268.

“My putter saved me; I made some good putts,” said Fowler, who won for the fourth time on the PGA Tour but the first since the 2015 Deutsche Bank Championship. “I hit what I thought were good shots, but the wind was blowing and it was tough out there. If I didn’t make some of those putts, it would have been a tight race.

“I can relax a little now, keep doing what I’ve been doing and move forward. This is what I needed going to Augusta (for the Masters next month). I definitely like the spot where we’re at right now.”

Woodland pressured Fowler much of the way before making bogeys on the last two holes in a 69, while Hoffman made a single bogey en route to a 68.

Graham DeLaet of Canada was 10th after a 70, while defending champion Adam Scott of Australia closed with a 68 to finish in a tie for 14th that included Sergio Garcia of Spain, who shot (71), Nick Watney of Davis and Fresno State, who totaled 65, and Brendan Steele of Idyllwild and UC Riverside, who came in at 68.