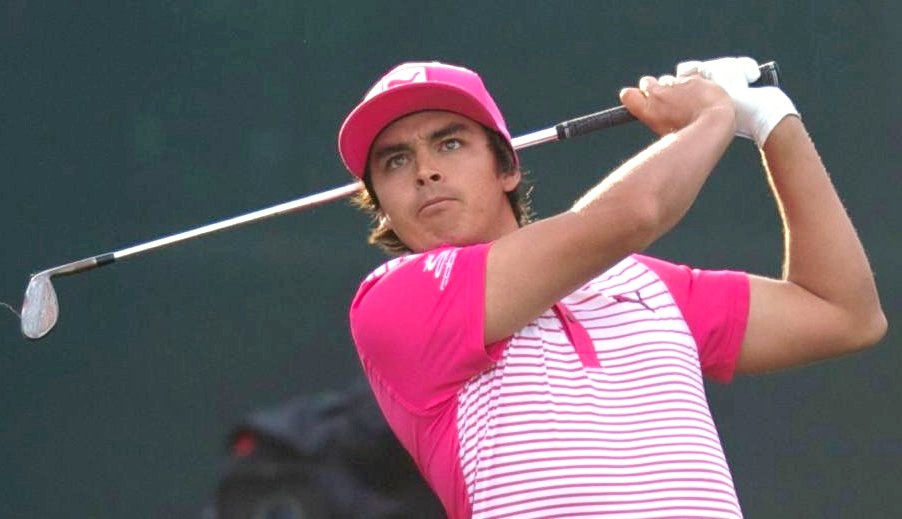 Rickie Fowler took advantage of benign conditions on the Champion Course at PGA National in Palm Beach Gardens Fla., but he’s ready for the wind on Sunday.

Fowler, who has won three times on the PGA Tour but is trying to make up for a sub-par 2016, carded a bogey-free 5-under-par 65 on Saturday to take a four-stroke lead over Tyrrell Patton of England.

“I love to play in the wind,” Fowler said when told it is expected to blow at least 25 mph in the final round. “It blew at about 10-15 mph every day where I grew up (Murrieta) in Southern California and I played at Oklahoma State. It’s been known to blow in Oklahoma; the key is to hit the ball solid.

“Wind or no wind on this course, you still have to hit the ball in the fairway because there is trouble out there. It’s a great golf course and it keeps you on your toes. I was able to avoid the trouble and make some birdies.”

Hatton, who has won five times as a pro topped by the Alfred Dunhill Links Championship last year, was one stroke behind after making three straight birdies through No. 14, but made a bogey at No. 17 as Fowler birdied two of the last three.

“I’ll go out there and play the best I can tomorrow, that’s all I can do,” said Hatton, who tied for fifth in the Open Championship and tied for 10th in the PGA Championship last year.

“I can only control what I do and we’ll see how it goes.”

Sean O’Hair birdied four of the last seven holes in a 65 and is six shots back in a tie for third with Emiliano Grillo of Argentina, who also had a 65, two-time major champion Martin Kaymer of Germany, who shot 68, Gary Woodland, who totaled 66, and rookie Wesley Bryan, who stumbled in a 72 after being tied for the lead after each of the first two rounds.

Defending champion Adam Scott of Australia struggled to a 73 and was tied for 39th, 11 strokes down.