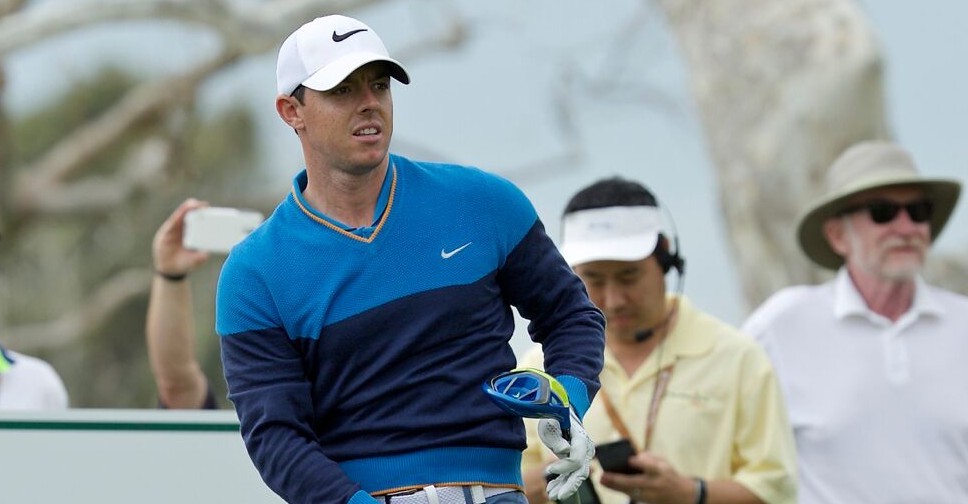 Rory McIlroy planned to be very busy before making his third bid to complete the career Grand Slam at the Masters in April at Augusta National.

Instead, the Northern Irishman hasn’t been able to play competitive golf because of a stress fracture on the left side of his ribcage since losing to England’s Graeme Storm in the South African Open in January.

“Rory told me (at the start of the year) that he might play nine times before Augusta,” commentator Sir Nick Faldo on the telecast of the Genesis Open at Riviera two weeks ago.

McIlroy’s return is slated for this week in the WGC-Mexico Championship at Club de Golf Chapultepec in Mexico City.

The No. 3 player in the Official World Golf Ranking didn’t play a full 18 holes of golf before teeing it up last week with President Donald Trump at Trump International Golf Club in West Palm Beach, Fla.

“I’d like to ease my way back in gently,” McIlroy said recently. “Mexico is the perfect time to return because it’s four rounds, there’s no cut. I can see how everything feels.

“I’ll have a week off after that (skipping the Valspar Championship before the Arnold Palmer Invitational). All signs point toward Mexico being the one I could come back to and be 100 percent comfortable at.”

McIlroy has never won this World Golf Championships event, although he finished in the top 10 five times in the past six years at Trump National Doral in Miami, where the tournament was played before moving to Mexico this year.

McIlroy said he probably sustained the injury in December while testing equipment and making a slight swing change. He switched to Callaway clubs after Nike announced in August it would no longer make golf equipment.

“My takeaway was getting a little behind me at the start of the swing, so I was trying to make sure the club stayed in front of me on the way back,” McIlroy said. “One of the drills I was doing, I was sort of reaching a little bit with my left arm and really extending.

“I think the combination of trying to make that small tweak in my swing and obviously hitting a lot of balls, hitting a lot of drivers, making a lot of swings … testing everything, the muscles basically said: ‘All right, we’re tired. We don’t want to work anymore.’ That put stress on the joint, and the joint was like, ‘I don’t like this either,’ and the rib took the brunt of it.”

McIlroy thought about withdrawing in South Africa but played through the pain because he was in the hunt with Storm. He saw a specialist the next week and was advised to shut it down for a while.

That forced him to withdraw from at least four tournaments — the Abu Dhabi HSBC Championship and Omega Dubai Desert Classic on the European Tour, and the Genesis Open and last week’s Honda Classic on the PGA Tour.

Before last season, McIlroy said his goal was to win a tournament and possibly regain the world No. 1 ranking from Jason Day of Australia before the Masters, in which he finished fourth in 2015 and tied for 10th last year.

However, McIlroy didn’t get back to the top all year, and now he has fallen behind the new No. 1, Dustin Johnson, too.

Still, it was anything but a down year as he won three tournaments around the world and took the FedExCup from Johnson by winning the Tour Championship at East Lake in Atlanta.

“I won a couple of things that I hadn’t won before,” said McIlroy, who finished fifth in the Race to Dubai on the Euro Tour after tying for ninth in the DP World Tour Championship-Dubai, part of a string of five straight top-10 finishes he takes to Mexico.

“I won the Irish Open, which a huge thing personally for me. It mightn’t be the biggest tournament in the world, but personally to me in my mind, it is one of the biggest I play all year. That was nice to be able to knock that off, and to win the FedExCup, as well, was big. That was something that I hadn’t won before, and to win that, and the fashion that I did, winning two of the last three playoff events (also taking the Deutsche Bank Championship), that was very satisfying.

“My play in majors (in 2016) was disappointing, missing the cut at the U.S. Open and the PGA. … I’d like to think that my performances in the majors are going to be better.”