L.A. Open has new name, but no replacing Riviera 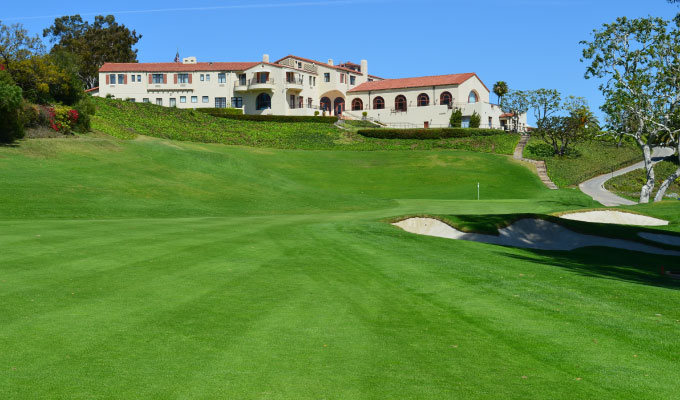 It is the beginning of a new era for the tournament that started out as the Los Angeles Open in 1926, when “Lighthorse” Harry Cooper claimed the title at Los Angeles Country Club in what evolved into one of the PGA Tour’s iconic events.

Hyundai bought the sponsorship rights and renamed it after one of its models, so the 91st edition of the tournament will be played beginning Thursday as the Genesis Open at Riviera Country Club in Pacific Palisades.

Tiger Woods is now the tournament host and the Tiger Woods Foundation will be the primary charity organization, but he won’t be playing because of ongoing back spasms following three back surgeries in recent years.

However, he will be a presence this week not far from where he grew up.

“It feels like we’re coming back home,” said Woods, who opened the first TGR Learning Lab in 2006 down Highway 5 in Anaheim. “To have all those years we played at Sherwood (former home of his Hero World Challenge), but now to come back to a golf course of this magnitude that’s hosted big events and has been doing it for so long, it just feels even bigger for us.

“For me personally, to come back to where it all started? That to me, to come full circle, it’s incredible.”

Woods and Jack Nicklaus, the two best golfers of all time, are tied to the lore of Riviera and the old L.A. Open, even though surprisingly neither has won on the famed course designed by legendary George C. Thomas.

Nicklaus earned his first pro paycheck of $33.33 at Rivera when he tied for 50th in the 1962 Los Angeles Open. The Golden Bear closed with a 66 in the 1983 PGA Championship at Riviera and finished one stroke behind champion Hal Sutton.

Woods played at Riviera in his first pro tournament as a 16-year-old student at Western High in Anaheim, missing the cut in the 1992 Nissan Los Angeles Open.

In nine appearances as a pro, Woods’ best finishes in the tournament were second in 1998, losing in a playoff to Billy Mayfair at Valencia Country Club when the tournament was moved because Riviera was hosting the U.S. Senior Open that year, and a tie for second behind Ernie Els a year later at Riviera.

Ben Hogan played so well at Riviera, a shot-maker’s course, that they still call the place “Hogan’s Alley.”

Hogan, considered by many to be the greatest ball-striker of all-time, won three times on the course in a span of 18 months, capped by the 1948 U.S. Open. His other two victories in that sequence at Riviera came in the L.A. Open, which he also captured in 1942.

The event moved to Riviera in 1973, and the only year it has not been played there since was the aforementioned 1998.

Riviera has been the host of four major championships, the first in 1948, when Hogan captured the U.S. Open by two strokes over Demaret.

In the 1982 PGA Championship, Sutton held off Nicklaus by one stroke, giving the Golden Bear the last of his record 19 runner-up finishes in the major championships.

The PGA returned in 1995, and Steve Elkington denied Colin Montgomerie, one of the best golfers never to win a major, by winning with a 20-foot birdie putt on the first playoff hole.

In the 1998 U.S. Senior Open, Irwin sank a 12-foot birdie putt on the famed 18th hole, with its natural amphitheater setting, to beat Vicente Fernandez of Argentina by one stroke.

Rivera also is where boxing great Joe Louis, also a fine golfer, became the first African-American to play in a PGA-sanctioned event in the 1952 L.A. Open.

Although it didn’t happen at Riviera, in the 1938 L.A. Open at Griffith Park Golf Club, Babe Zaharias became the first women to play in a PGA Tour event.

Riviera will only add to its legacy in August when the U.S. Amateur is played there for the first time.