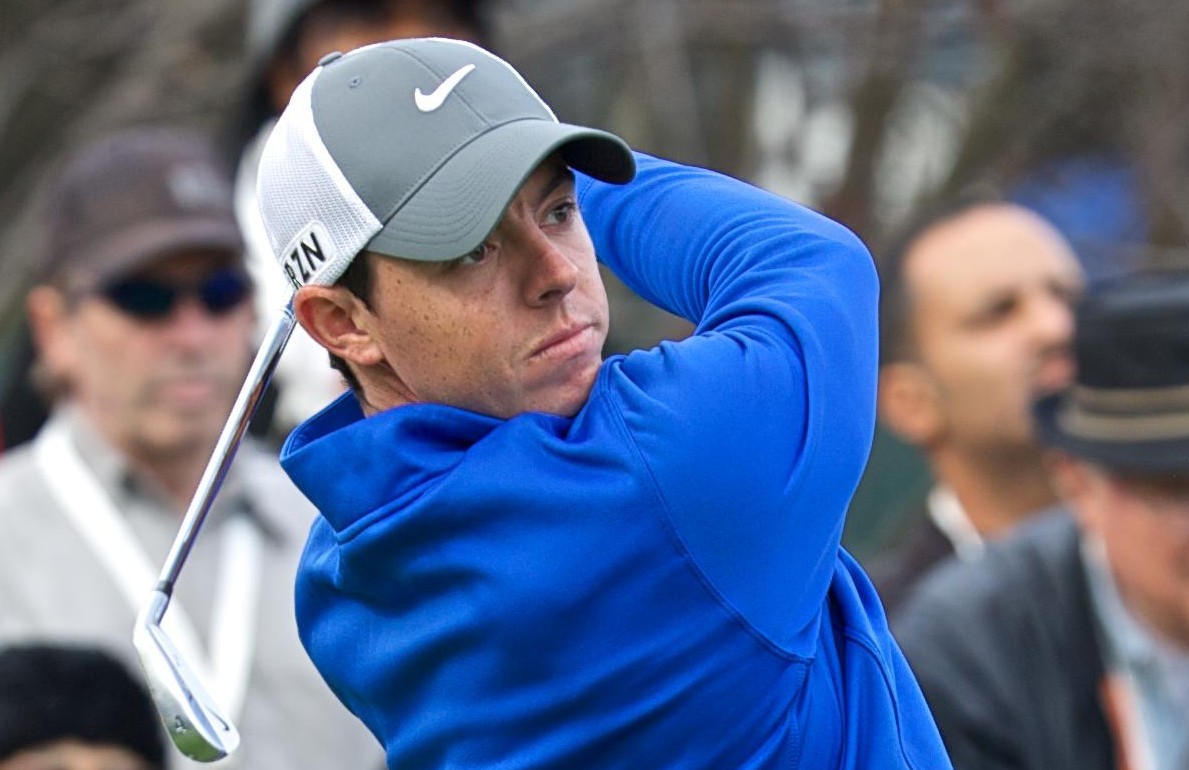 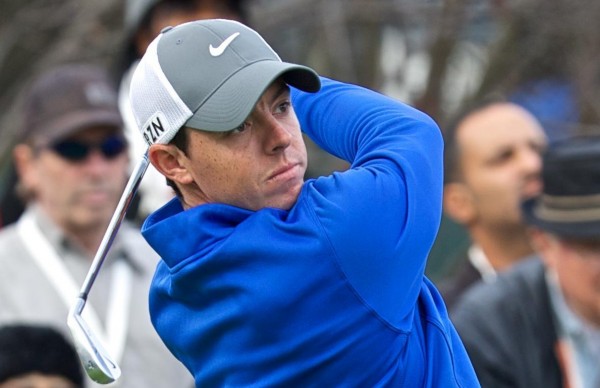 1. Rory McIlroy, Northern Ireland — Playing with a new Nike driver, McIlroy was in position for his fourth victory of 2015 when three consecutive 5-under-par 67s put him one stroke out of the lead after 54 holes of the Turkish Airlines Open last week. However, he closed with a disappointing 71 and tied for sixth. Even so, he increased his lead in the Race to Dubai with three events left as he tries to win the season-long chase on the European Tour for the third time in four years. McIlroy has a stellar record in four starts the HSBC Champions, finishing fourth in 2009, fifth the following year, tying for fourth in 2001 and tying for 12th in 2012. He has two WGC titles, in the 2014 Bridgestone Invitational and the Cadillac Match Play Championship last May.

2. Justin Rose, England — Having taken a week off after claiming his 19th professional victory in the UBS Hong Kong Open, Rose enters the WGC-HSBC Champions at fifth in the Race to Dubai and No. 6 in the World Golf Rankings. He loves the big events. In his last three starts in the majors and WGC events, he tied for sixth in the Open Championship, tied for third in the Bridgestone Invitational and came in fourth in the PGA Championship. He also tied for second in the Masters earlier this year. Rose is playing in the HSBC Champions for the fifth time and was solo fifth in 2013 after tying for seventh in 2011, but he struggled to a tie for 48th last year. His only WGC title came in the 2012 Cadillac Championship.

3. Jordan Spieth, United States — The No. 1 player in the World Golf Rankings is making his first start of the 2015-16 season after taking three weeks off following the Presidents Cup in South Korea. He has made his way back to Asia for the WGC-HSBC Champions, which he is playing for the third time, having finished solo 17th in 2013 before tying for 35th last year. Spieth shot 4-under-par 68 in the first round and 69 in the last a year ago at Sheshan International Golf Club in Shanghai, the only times he broke 70 in eight rounds on the course. He heated up later last year, winning the Emirates Australian Open in November and the Hero World Challenge in December, leading to a monster season that included five victories in 2015.

4. Bubba Watson, United States — The defending champion in the HSBC Champions, Watson claimed his first victory in a World Golf Championship event when he blew a two-stroke lead late in the final round, holed a bunker shot for eagle on the final hole of regulation to get into a playoff and sank a 20-foot birdie putt on the first extra hole to beat Tim Clark of South Africa. Even though that remains his only WGC victory, he has finished second three times, including the Bridgestone Invitational in August, when he wound up two strokes behind Shane Lowry of Ireland. Watson is playing for the first time in the 2015-16 season, having taken three weeks off since the Presidents Cup. He won twice in 2014-15, in the HSBC and the Travelers Championship.

5. Adam Scott, Australia — Hoping to build on a week when he got it going on the greens with his new conventional putter after dumping his anchored model, Scott is teeing it up in the WGC-HSBC Champions for the seventh time, and he has a strong record in the tournament. He has never finished worse than a tie for 25th in 2010, and he tied for sixth in 2009, was solo eighth in 2012 and tied for 11th in 2011, when he slid out of the top 10 with a closing 73. Scott posted a bogey-free 9-under-par 63 on Sunday and finished one stroke behind winner Justin Thomas in the CIMB Classic in Malaysia, his first tournament of the new season. That ended a downward trend and lifted him back to No. 12 in the World Golf Rankings. His only WGC victory came in the 2011 Bridgestone Invitational.

6. Dustin Johnson, United States — Johnson is another player who has taken three weeks off since the Presidents Cup and will begin the 2015-16 season in the WGC-HSBC Champions, which he won two years ago. He took the lead at Sheshan International Golf Club with a 9-under-par 63 in the second round and stayed there by playing the weekend in 66-66 to beat Ian Poulter of England by three strokes. Johnson did not defend his title last year as he was on a six-month leave of absence to deal with personal matters. In his only other appearance, he shot a horrendous 84 in the third round and tied for 39th in 2013. He claimed a second WGC title earlier this year in the Cadillac Championship at Doral.

7. Hideki Matsuyama, Japan — The highest-ranked Asian player in the world at No. 15 is off to a strong start in the new season by tying for 17th in the Frys.com Open before finishing solo fifth last week in the CIMB Classic in Malaysia. Matsuyama, who won six times on the Japan Golf Tour, finished in the top 10 in nine events last year and seems to be close to adding to his only PGA Tour victory in the 2014 Memorial Tournament. He is playing in the HSBC Champions for the third time, having tied for 41st last year after withdrawing because of a back problem following a 71 in the first round two years ago. Matsuyama has broken 70 at Sheshan International Golf Club only once in five rounds, a 69 in round two last year.

8. Kevin Na, United States — If Na keeps knocking on the door, he figures to break through for his second PGA Tour victory one of these days. He tied for third last week in the CIMB Classic in Malaysia after posting runner-up finishes in the first two tournament of the 2015-16 season, the Frys.com Open and the Shriners Hospitals for Children Hotel. Na has finished second five times and third twice since claiming his only PGA Tour victory in the 2011 Justin Timberlake Shriners Hospitals for Children Open. He teed it up for the first time in the WGC-HSBC Champions last year and tied for 20th despite shooting 7-over-par 79 at Sheshan International Golf Club in the third round, which he entered in a tie for fifth.

9. Branden Grace, South Africa — Coming off his brilliant 5-0 performance in the Presidents Cup, Grace had bookend rounds of 5-under-par 67 last week to tie for 17th in the CIMB Classic in Malaysia. That was good, but he is hoping for better this week in the WGC-HSBC Champions because he is sixth in the Race to Dubai standings and has some work to do if he is going to make a run at leader Rory McIlroy with only the BMW Masters and the DP World Tour Championship-Dubai remaining. Grace, who has nine victories on the European and Sunshine tours, is playing in the HSBC Champions for the third time, and after tying for 62nd in 2012, he played the weekend in 67-69 two years ago to salvage a tie for 39th.

10. Henrik Stenson, Sweden — Playing on a right knee that will undergo arthroscopic surgery next month, Stenson tied for 47th in the CIMB Classic in Malaysia, where he broke 70 only with a 5-under-par 67 in the second round. He hopes the knee holds up for the final three events of the Race to Dubai, which he won two years ago after also claiming the FedEx Cup on the PGA Tour. The big Swede needs a big finish because he has slipped to 19th in the point standings. He is making his sixth start in the HSBC Champions, with his only top-10 result solo fifth in 2009, when he led after starting 65-69 before playing the weekend in 72-71. His only victory in the World Golf Championships came in the 2007 Accenture Match Play Championship.