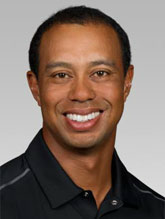 Woods’ return to dominant form in 2012 included three PGA Tour victories at the Arnold Palmer Invitational, the Memorial and AT&T National. With these victories Woods’ passed Jack Nicklaus on the all-time PGA Tour wins list at 74 leaving him second to only Sam Snead at 88.

“It is great for our community to have 14-time major champion Tiger Woods start his PGA Tour season at the Farmers Insurance Open,” Executive Director Peter Ripa stated. “His seven victories at Torrey Pines including a U.S. Open has brought some epic finishes that live in golf history. We are excited to see the next chapter the last week of January.”