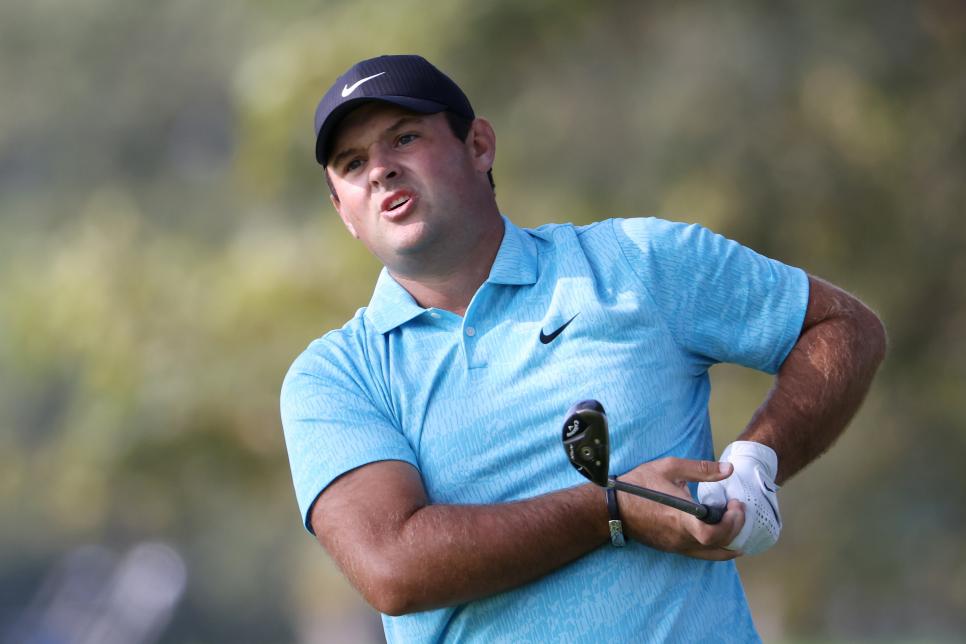 The best golfers in the world found out what the West Course at Winged Foot Golf Club in Mamaronek, N.Y., is really like in the second round of the 120th United States Open Championship.

Patrick Reed carded an even-par 70 in much more difficult conditions to take a one-stroke lead over Bryson DeChambeau of Clovis midway through our national championship.

“Yesterday the course was soft, even benign, and I think they might have done that on purpose, so then they showed us what it’s supposed to be like today,” said the 10th-ranked Reed, whose only major title came in the 2018 Masters.

“You had to shoot a low score yesterday, because it was just brutal out there today. The pins were really hard to get to and it was hard to attack them, but that’s the way it’s supposed to be. This is the U.S. Open.”

Reed, who claimed his eighth PGA Tour victory earlier this year in the WGC-Mexico Championship, sank a five-foot birdie putt while finishing on the ninth hole and recorded a 36-hole total of 4-under 136.

The ninth-ranked DeChambeau blasted a 380-yard drive while also finishing at No. 9, hit his approach shot with a pitching wedge to within six feet and made the eagle putt to cap a 68 that was the low score of the day.

“When I was in the fairway, I was able to attack and take advantage, and finished really well today,” said DeChambeau, who is seeking his first major title. “I hit a great drive on nine that just set me up to be able to attack that flag, and that was a fun way to finish off at a U.S. Open.

“I feel great. My confidence is at an all-time high right now, driving it well, iron play is fantastic, wedging is getting better each and every day, and I’m putting it like I know I can. So, I’m very happy.”

Third-ranked Justin Thomas, the 2017 PGA champion who led after a first-round 65, turned his day around with two birdies while also finishing on the front and his 73 left him two shots back in a tie for third with Rafa Cabrera Bello of Spain, who birdied three of his last four holes to shoot 70, and Harris English, who also had a 70.

Jason Kokrak made three birdies on the last four holes in a 71 and is one more down in sixth, while seventh-ranked Xander Schauffele of La Jolla and San Diego State shot 73 with three bogeys down the stretch and is four behind in a tie for seventh with Hideki Matsuyama (69), Brendon Todd (72), Matthew Wolff of Simi Valley (74) and Thomas Pieters of Belgium (74).

Second-ranked Jon Rahm of Spain, probably the best player right now without a major title, is tied for 12th after a 72, sixth-ranked Webb Simpson had a 71 to tie for 17th, while top-ranked Dustin Johnson finished at 70 and is in a tie for 22nd that includes fourth-ranked Rory McIlroy of Northern Ireland, who struggled to a 76.

Phil Mickelson’s attempt to complete the Career Grand Slam at the age of 50 went very badly, as he missed the weekend by seven shots at 79-74—153.