Westwood Leads Fitzpatrick by 1 in Players 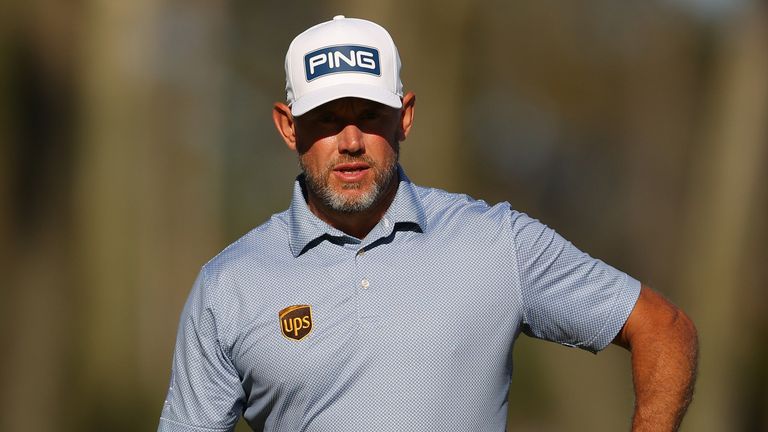 Lee Westwood of England has simply picked up where he left off last week in the Arnold Palmer Invitational.

The 47-year-old Westwood, who finished second in the API, carded a bogey-free, 6-under-par 66 to take a one-stroke lead over fellow Englishman Matthew Fitzpatrick midway through the 47th Players Championship on the Stadium Course at TPC Sawgrass in Ponte Vedra Beach, Fla.

“Obviously, my confidence is very high right now,” said Westwood, who has won 44 times as a pro but only twice on the PGA Tour. “My ball-striking also is of a high-quality right now and one is good for the other. I just see the fairway and the greens, and try to make as many birdies as I can. My short game has been very good, too.

“I’ve done a lot of work on my swing and my conditioning, and when I get on the course I’m just playing carefree golf. I’m just hitting the ball and not worrying about the outcome. I just try to get in a zone, trust the yardage, see the shot and do the best I can with it.

“Any time you can go around this golf course without a bogey, you have to be in control.”

Westwood, who last year claimed the European Tour’s season-long Race to Dubai for the third time, started his second round on the back nine and birdied the first two holes, added three birdies in a row through No. 4 after making the turn and one more on the ninth to record a score of 9-under 135.

Fitzpatrick, who has won six times on the Euro Tour but never in the United States, sank a four-foot birdie putt while finishing a second straight 68 on the ninth hole.

“Today was good, much better than yesterday,” said Fitzpatrick, who won the DP World Tour Championship Dubai for the second time in December. “I hit the ball great from tee to green, missed only three greens all day, and if you do that around here it’s a real positive.

“I like my chances if I can keep doing that on the weekend.”

Chris Kirk holed out for an eagle from 147 yards on the first hole and birdied his last two for a 65 and is two shots back in a tie for third with first-round leader Sergio Garcia of Spain, who followed an opening 65 with a 72.

Sixth-ranked Bryson DeChambeau of Clovis, who won the API last Sunday, birdied two of his last four holes to shoot a second 69 and is one more down in a tie for fifth with Sungjae Im of South Korea (66), Doug Ghim (67), Charley Hoffman of Poway (68), Denny McCarthy (69) and Brian Harman (71).

McCarthy highlighted his round with a hole in one on the par-3, 165-yard third hole.

Second-ranked Jon Rahm of Spain totaled 68 and is tied for 14th, third-ranked Justin Thomas had a second 71 and is in a tie for 22nd that includes eighth-ranked Patrick Reed, who shot 72, while top-ranked Dustin Johnson is tied for 37th after a 70, and fourth-ranked Collin Morikawa of La Canada Flintridge and Cal shot 73 to make the cut on the number in a tie for 50th.

Missing the cut were seventh-ranked Tyrrell Hatton of England by one at 76-69, 10th-ranked Webb Simpson, the 2018 Players champion, by two at 71-75, fifth-ranked Xander Schauffele of La Jolla and San Diego State by four at 76-72, and ninth-ranked Patrick Cantlay of Los Alamitos and UCLA by five at 74-75.

Rory McIlroy of Northern Ireland, the 2019 Players champion who was defending his title because the tournament was halted after one round last year because of the Coronavirus pandemic, went 79-75 and missed the weekend by 10 strokes.