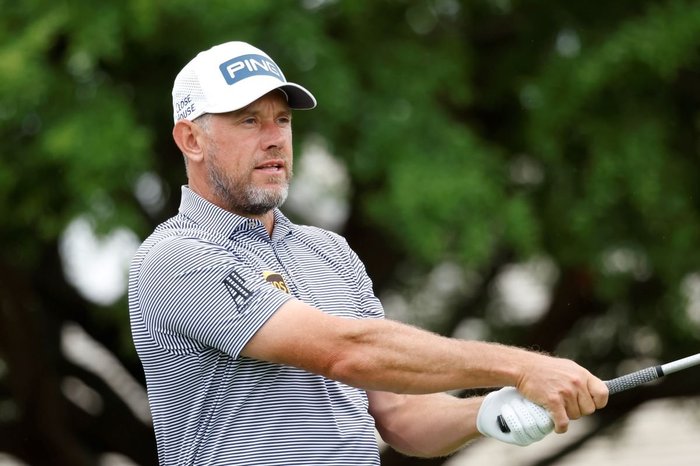 Lee Westwood of England is a little over than a month from his 48th birthday, but he’s more than hanging in there with the young guys on the PGA Tour.

Westwood, who has 25 victories as a pro but hasn’t won in the United States since 2010, sank a 28-foot birdie putt on the last hole to take a one-stroke lead over Bryson DeChambeau of Clovis and Corey Conners of Canada heading to the final round of the Arnold Palmer Invitational at Bay Hill Club and Lodge in Orlando, Fla.

“The key on No. 18 is hitting the fairway and I was able to do that,” said Westwood, whose only PGA Tour victories came in the 1998 Freeport-McDermott Classic and the 2010 St. Jude Classic. “Then I kept my ball under the hole on my approach and hit my line perfectly on the putt, and it went right into the hole.

“I’ve liked this course since the first time I came here (in 1998). It suits my game because you need to shape the ball off the tee, hit a fade on some holes and a draw on some others.

“I’ve been in this position before, so I know what to expect tomorrow. It’s just nice to be in contention to win.”

DeChambeau thrilled the crowd by trying to drive the par-5, 531-yard sixth hole and came close while making a birdie on his way to a 68, and Conners saved par from a greenside bunker on the last hole to shoot 71.

“It was amazing to have all those people rooting for me like that,” said DeChambeau, the reigning U.S. Open champion. “I was really nervous, but I hit the ball good and might have gotten it onto the green had I hit the ball with a little more draw. It was cool and a might try it again tomorrow, if conditions are favorable.

“ … To win Mr. Palmer’s tournament, I can’t think of anything that would be more incredible and amazing.”

Said Conners, who held at least a share of the lead after each of the first two rounds: “It was a tough today out there, but I hung in there and kept myself in position to win. We’ll see what I can do tomorrow.”

Jordan Spieth led much of the day after making a hole in one on the par-3, 222-yard second hole and three birdies on the first 10 holes, but made two late bogeys in a 68 and is two shots back in a tie for fourth with Keegan Bradley, who eagled the sixth hole in a bogey-free 64 that was low score of the day.

“It was a dream start, I kind of faded at the finish, but I’m in good shape for tomorrow,” said Spieth, who is trying to win for the first time since the 2017 Open Championship at Royal Birkdale in Southport, England.

Tommy Fleetwood of England sank a 16-foot eagle putt on the 16th hole and is three back in solo sixth, while Jazz Janewattananond of Thailand also made an ace, his on the par-3, 212-yard 14th hole in a 69, and is four strokes behind in a tie for seventh with eighth-ranked Rory McIlroy of Northern Ireland (72), Doug Ghim (65), and Richy Werenski (69).

Sixth-ranked Tyrrell Hatton of England, the defending champion who opened with a 77, has bounced back with 67-66 and is tied for 11th.