DeChambeau Beats Westwood by 1 in API 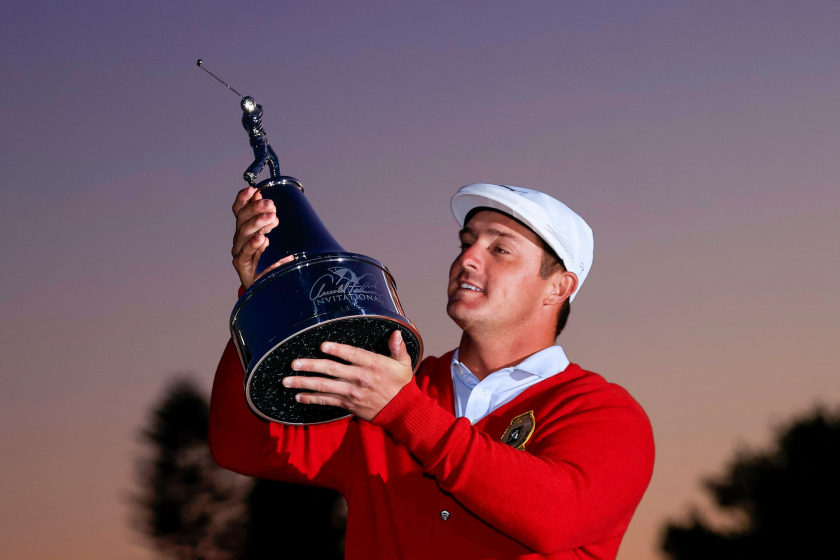 DeChambeau, from Clovis in California’s San Joaquin Valley, sank a five-foot par putt on the last hole to complete a 1-under-par 71 and capture the API by one stroke over 47-year-old Lee Westwood of England in difficult, windy conditions at Bay Hill Resort and Club in Orlando, Fla.

“I’m really glad I made that last putt because I didn’t want to go into a playoff, and I was able to knock it in,” said DeChambeau, the reigning U.S. Open champion. “I came through in the clutch and pulled off the golf shots to win this tournament. It was quite a battle.

“It means to so much to win Mr. Palmer’s tournament. I got a text from Tiger (Woods), who’s had so much success in this tournament (winning it eight times), and the told me to keep fighting and play boldly like Mr. Palmer did. He said to just keep going, and that’s what I did today to win.”

DeChambeau, 27, who has put on about 40 pounds in the last few years to become golf’s longest hitter, claimed his eighth PGA Tour victory by bouncing back from an opening bogey with birdies at Nos. 4 and 6 before finishing with 12 straight pars to record a score of 11-under 277.

By winning he received the red alpaca sweater that Palmer made famous.

Westwood, who held the 54-hole lead by one stroke, was tied for the lead with DeChambeau before making a bogey on No. 14 and closed with a 73. And he was impressed by DeChambeau.

“He’s fun to watch,” said Westwood, who has won 25 times as a pro but was seeking his first victory on the PGA Tour since the 2010 St. Jude Classic. “He’s worked hard and is in fantastic shape. He hits the ball so far and still hits it pretty straight.

“I’m not short myself. I drove the ball 360 (yards) down No. 16 and went into the green with a wedge. But it was disappointing to only make par there and that might have been the difference.”

Corey Conners of Canada, who held at least a share of the lead after each of the first two rounds, sank a 14-foot eagle putt at No. 16 but three late bogeys left him at 73 and three shots back in third.

Jordan Spieth, trying to win for the first time since the 2017 Open Championship at Royal Birkdale, also had three bogeys down the stretch and his 75 dropped him to five down in a tie for fourth with Andrew Putnam of Pepperdine, who shot 71, and Richy Werenski, who finished at 73.

Christiaan Bezuidenhout of South Africa closed bogey-double bogey for a 73 and was six back in solo seventh, while Chris Kirk and Jason Kokrak both totaled 74 to finish seven down in a tie for eighth.

Eighth-ranked Rory McIlroy of Northern Ireland, one of five straight API winners (2018) from outside the United States, struggled to a 76 and finished eight strokes behind in a big tie for 10th.

Sixth-ranked Tyrrell Hatton of England, the defending champion, stumbled to a 78 to tie for 21st.