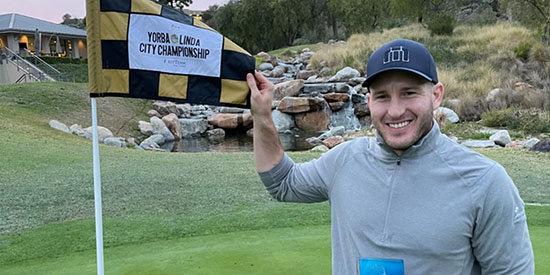 Satchel Herrmann of Ventura came from behind to capture the Yorba Linda City Championship by five strokes over Tongun Lako LoSarah of Upland and Benjamin Hong of Brea at Black Gold Golf Club in Yorba Linda.

Herman, who played college golf at Cal State Northridge and was medalist at the 2015 California Amateur, came from four strokes behind in the final round to post a winning score of 70-66—136, 8-under-par, while LoSarah finished at 71-70—141 and first-round leader Hong wound up at 66-75—141.