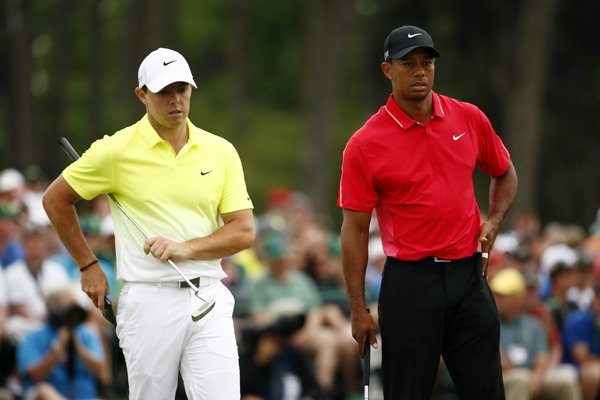 Getting text messages in the middle of the night can be annoying and disturbing. That’s true even if they’re from Tiger Woods.

In an interview with Paul Kimmage of the Sunday Independent, Rory McIlroy talked about his friendship with Woods, and how said friendship has led to 4 a.m. text messages that annoy McIlroy’s fiancee, Erica Stoll.

“I’m drawn to him, yeah,” McIlroy said of Woods. “He’s an intriguing character because you could spend two hours in his company and see four different sides to him. When he’s comfortable and he trusts you — and his trust (sensitivity) is way (higher) than mine — he’s great. He’s thoughtful. He’s smart. He reads. He can’t sleep so that’s all he does — he reads stuff and educates himself on everything. But he struggles to sleep, which I think is an effect of overtraining, so I tell him to calm down sometimes. He’d be texting me at four o’clock in the morning: ‘Up lifting. What are you doing?’

“Erica actually got pissed off with it. He was texting me in the middle of the night and I was like, ‘Tiger is in the gym.’”

McIlroy and Woods seem to have a fun relationship full of mutual respect and good advice. For Stoll’s sake, though, maybe a few less texts in the wee hours of the morning, Tiger.