Tiger hopes to go back to the future 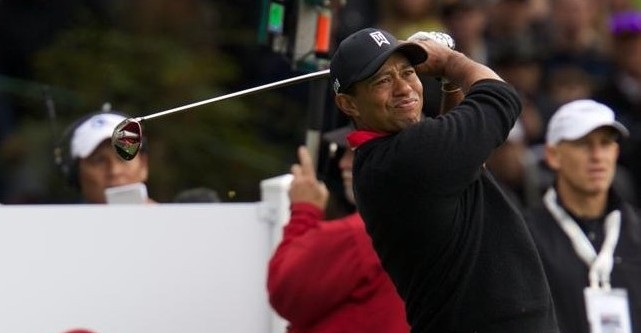 Those words have a double meaning this week as Tiger Woods tees it up in the Farmers Insurance Open, his first regular-season event since he tied for 10th in the Wyndham Championship in August 2015.

Woods, who turned 41 on Dec. 30, underwent the last two of his three back surgeries since that last tournament, but he seemed to have no physical problems when he played in the unofficial Hero World Challenge in the Bahamas last month.

“I thought what I did at the Hero World Challenge was a positive step,” Woods wrote recently on his website. “I just need to keep building off that and eliminate the simple mistakes I made.

“Being away from the game that long, I made some really dumb errors I don’t normally make, and it cost me. … My good stuff was really good, which is a great sign. I know many people doubted whether I would play competitive golf again, and to be honest, even I wasn’t sure.”

Woods led the Hero field with 24 birdies in 72 holes and was especially impressive in a bogey-free, 7-under-par 65 in the second round. However, he also made three double bogeys and a triple bogey, and he closed with a 76 to finish 15th in the 18-player field.

Henrik Stenson of Sweden, who finished second in the Bahamas, said everyone should be patient when it comes to the man who dominated golf for the first 10 years of the century.

“We need to give Tiger at least six tournaments, maybe up to the time of the Masters, as four rounds after being away for 15 months is far too early to be judging him,” said Stenson, whose victory in the Open Championship at Royal Troon last July leaves him 13 major titles behind Woods.

“The thing is with Tiger, he’s won 79 times on the PGA Tour, and once he gets his comfort zone, his game and puts himself into contention, he will not have forgotten how to win.

“You never forget how to win, and that never goes away.”

Woods is coming back at Torrey Pines in a tournament he has won seven times. He also claimed his last major title on the South Course in the 2008 U.S. Open in a memorable 19-hole playoff with Rocco Mediate.

Not only that, but he won six titles in the Junior World Championships, which is played annually at Torrey Pines and other courses in the San Diego area.

“Yeah, I feel comfortable here, there is no doubt,” Woods said in 2013, when he last won at Torrey. “There are few courses that are like that, where I’ve had my share of success where either I’ve won or been in contention to win. This (course), Firestone, Augusta, I just feel comfortable on those venues, and I feel like my record over those three courses has been pretty good.

“I first came down here (as a youngster) during the old Andy Williams (San Diego Open, now sponsored by Farmers). And I went out and watched some Cali guys, and I watched Mo (Mark O’Meara) play, Cookie (John Cook). I think Corey (Pavin) I saw hit a couple shots. I saw Andy Bean hit the ball on the green on 2 and 18. I must have been probably, what, single digits in age, somewhere around there, because I was just now starting to come down here for the Junior World at the time. My dad took me to two events … it was here as well as the L.A. Open.”

When Woods last played in the Farmers in 2015, he was forced to withdraw during the first round because of back tightness. Not long after, he underwent the first of the three back surgeries.

There also have been ACL, knee, shoulder, neck and elbow injuries over the years, so the big question is whether Woods’ body can hold up in his 40s.

“My love for the game never left,” Woods said. “It’s just that the body would not allow me to play. Now my body is allowing me to do it again. Combine that with the amount of support I have received from so many people, and the help I’ve had from players and friends, and there is great reason for optimism.”

Woods was last No. 1 in the Official World Golf Ranking in 2013, when he won five times on the PGA Tour, and players such as Jason Day of Australia, Rory McIlroy of Northern Ireland, Jordan Spieth have come along to fill the void.

However, for the pros who saw his dominance up close and personal, none of them come close to Tiger.

“My desire is for some of these young guys to experience for at least one year, at least one, maybe two, of what most of us have experienced for a long time,” Zach Johnson said.

But only time will tell if the Tiger of old really is back.