Straka Leads Olympics by 1 at 63 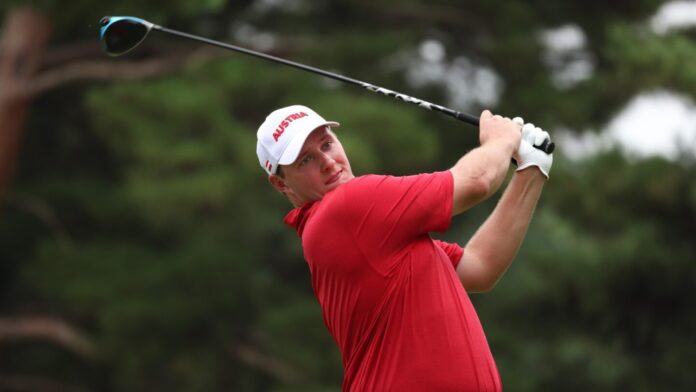 Sepp Straka of Austria missed the cut in six of his last seven events on the PGA Tour, but he was the best player in the first round of the 2020-21 Olympic Games Golf Tournament.

The 28-year-old Straka posted a bogey-free, 8-under-par 63 to take a one-stroke lead over Jazz Janewattananond of Thailand after the first round on the East Course at Kasumigaseki Country Club in Saitama, Japan.

Straka, who tied for 10th in the Travelers Championship in the only tournament in which he made the cut recently, equaled the low round of 63 shot by Matt Kuchar in 2016 at Rio de Janeiro, when golf was played in the Olympics for the first times since 1904.

“The course is such great shape and the greens are so perfect that if you miss a putt, it’s your own fault,” said Straka, whose only pro victory came in the 2018 KC Golf Classic on what is now the Korn Ferry Tour. “Every day is different and to keep going low every day if I want to have a chance to win this tournament.

“ … It’s just so special to play in the Olympics, something I never really thought about, and it’s just a dream come true to be playing here with my (twin) brother (Sam) as my caddie. I didn’t even know about the record, and that makes it even more special.”

Straka, who was born in Vienna to an American mother and Austrian father, birdied four of the first eight holes and added four more birdies in five holes through No. 17. He finished before play was suspended for more than two hours because of thunderstorms, but most of the field had to return to finish the first round.

Janewattananond, 25, who has claimed 10 pro titles in Asia, made five of his eight birdies in a span of six holes through No. 13 and added the last one with a five-foot putt on the closing hole to cap his bogey-free 64.

“We have a lot of (weather) delays like this in Asia, so I’m used to it,” said Janewattananond, whose biggest victory came in the 2019 Singapore Open on the Japan Tour. “You just have to be patient and then get going again once you’re back out there.

“ … It’s kind of overwhelming to be representing Thailand in the Olympics, especially when they announce your name on the first tee. The people are crazy about the Olympics back home, but we only have about 10 gold medals. We won one the other day in women’s taekwondo (Panipak Wongpattanakit) and it brought tears to my eyes.”

Thomas Pieters of Belgium, who finished fourth in the 2016 Olympics in Rio, hit the shot of the day when he holed out from the fairway for an eagle on the 11th hole, added four birdies in his bogey-free 65, and is tied for third with Carlos Ortiz of Mexico, who collected seven birdies against a single bogey.

Jhonattan Vegas of Venezuela birdied the last three holes for a 66 and is tied for fifth with Joachim Hansen of Denmark, who birdied five of the first eight holes, and Juvic Pagunsan of the Philippines, who had three birdies on each nine against a single bogey.

Paul Casey of England posted a bogey-free 67 and is tied for eighth with Sebastian Munoz of Colombia, Anirban Lahiri of India and Alex Noren of Sweden.

Fifth-ranked Xander Schauffele of the United States totaled 68 and is in a tie for 12th that includes 12th-ranked Patrick Reed of the U.S., who got to Japan one day before the tournament started to replace sixth-ranked Bryson DeChambeau, who tested positive for Covid-19 and was forced to withdraw.

Third-ranked Collin Morikawa of the U.S., coming off his victory in the Open Championship, shot 69 and is in a tie for 20th that includes 13th-ranked Rory McIlroy of Ireland and Masters champion Hideki Matsuyama of Japan, while fourth-ranked Justin Thomas of the U.S. carded 18 pars in a 71 and is tied for 41st.