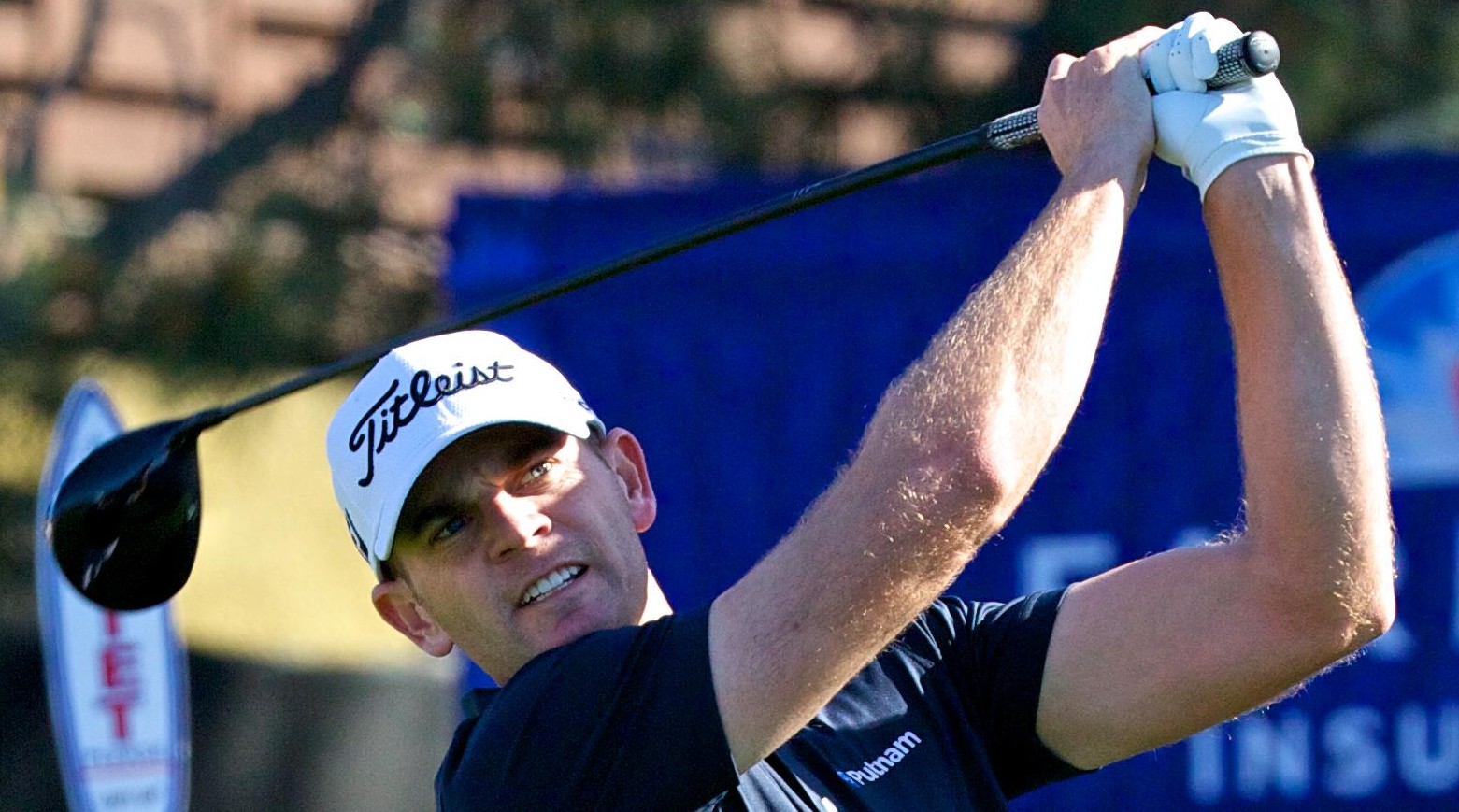 Brendan Steele claimed his second PGA Tour victory in the Safeway Open to start this season in October and he’s looking for more.

The 33-year-old Steele, from Idyllwild in the Southern California mountains and UC Riverside, birdied three of the last four holes to shoot a bogey-free 4-under-par 67 and tie Byeong Hun An of South Korea for the lead halfway through the Waste Management Phoenix Open at TPC Scottsdale.

“I’ve been swinging really well the last few weeks and hitting a lot of good shots because I feel freed up mechanically,” said Steele, who sank a 14-foot birdie putt on the last hole to earn his share of the lead.

“I hit a really good drive on the last hole, put the ball in a really good spot, had about 135 yards to the hole and was able to finish with a three. The putt looked like it started to go a little left at the end, but managed to catch enough of the hole.

“I’ve been playing pretty well and just have to keep doing the same thing (on the weekend).”

An, seeking his first PGA Tour victory, posted his second straight 66, also making birdies on three of the last four holes, and was even with Steele at 10-under 132.

First-round leader Matt Kuchar shot 69 and was one stroke back in a tie for third with Martin Laird of Scotland, who had a 66, Sung Kang of South Korea, who totaled 65, and defending champion Hideki Matsuyama of Japan, who made his first bogey of the tournament on the last hole to card a 68.

Rickie Fowler of Murrieta totaled 68 and was three back in a tie for seventh with Michael Kim of Alameda and Cal, who had a 66, and Louis Oosthuizen of South Africa, who stumbled with a double-bogey 6 to finish his 67.

Phil Mickelson, who played at Arizona State and lived in the Phoenix area for several years, shot 70 and was six strokes behind in a tie for 24th that included sixth-ranked Jordan Spieth, who also made a double bogey at No. 18 to finish at 68.