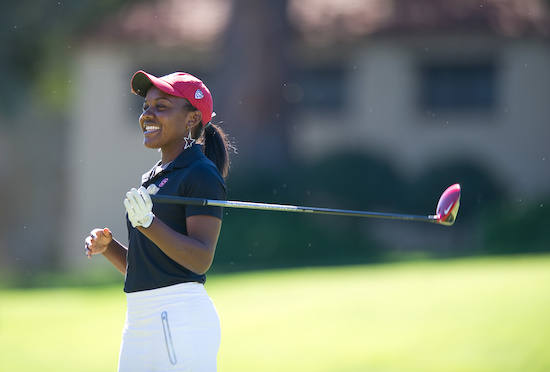 Mariah Stackhouse, a sophomore at Stanford, is one of eight college players selected for the United States team that will play in the 38th Curtis Cup matches on June 6-8 at St. Louis Country Club.

Stackhouse, from Riverdale, Ga., will be the first black player to compete in the Curtis Cup.

“Especially within the black community, it’s cool because I have a lot of support and encouragement, because you want to see people like you in every arena of life, sports included, playing well,” said Stackhouse, who recently captured the UC Irvine Invitational to earn a spot in the Kia Classic on the LPGA Tour next month.