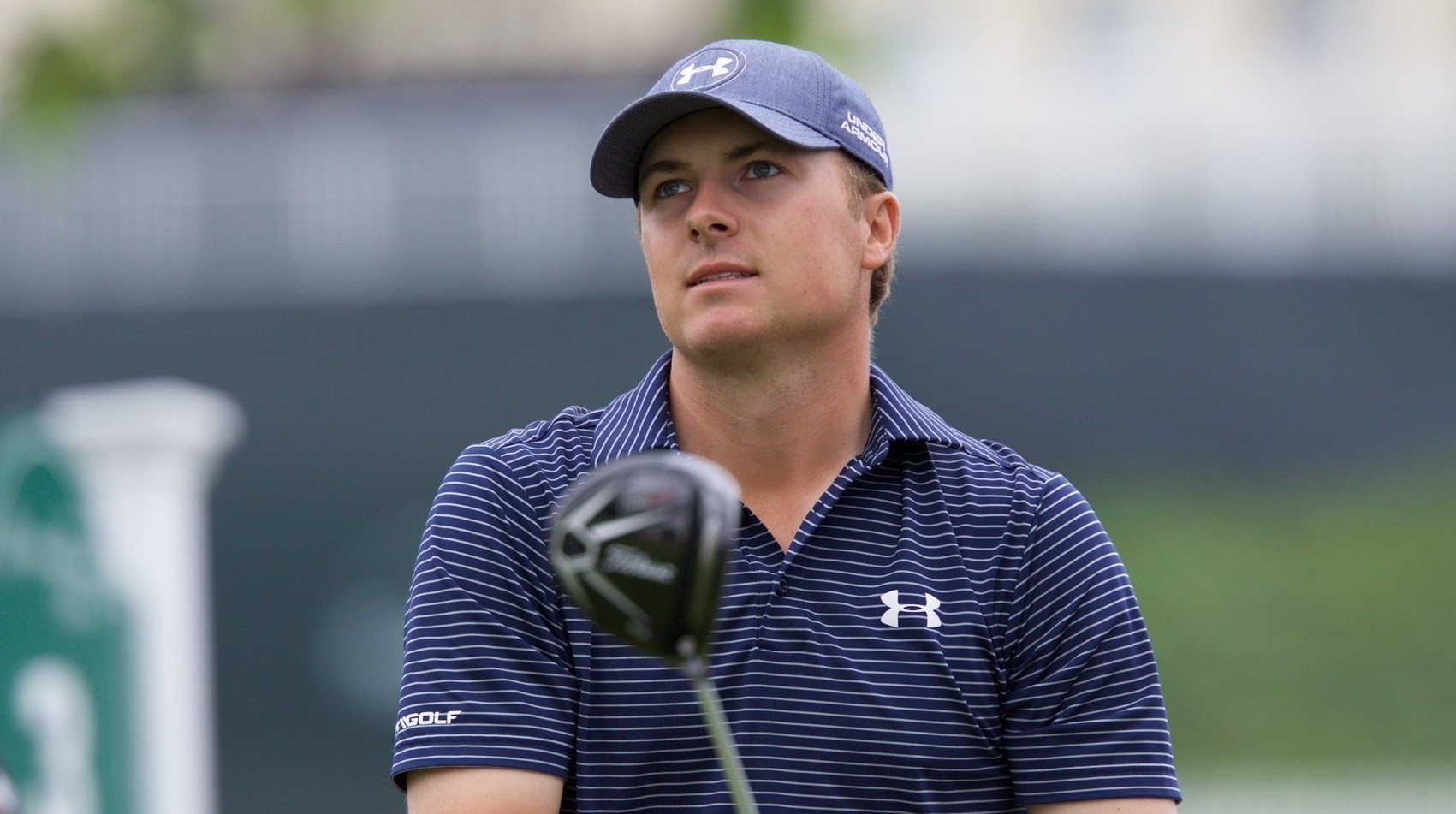 For most of the Travelers Championship, it looked like Jordan Spieth would win, it simply took him a little longer than expected.

Spieth, after struggling for much of the day, holed an incredible shot from a greenside bunker on the first playoff hole to beat Daniel Berger at TPC River Highlands in Cromwell, Conn.

It was reminiscent of a bunker shot Spieth holed on the final hole of regulation in the 2013 St. Jude Classic to get into a playoff against Zach Johnson and David Hearn of Canada. Then earned his first pro victory while still a teenager with a par on the fifth extra hole.

“I’m very fortunate to play golf for a living and I live for moments like this,” said the 23-year-old Spieth, who won for the second time this year and became the second-youngest player of the modern era to claim his 10th PGA Tour victory before the age of 24, behind Tiger Woods. “I was incredibly fortunate that my drive (on the playoff hole) bounced out of the tree and into the fairway.

“I just want to keep (the bunker shot) underneath the hole and it was just a bonus that it went in. I don’t know that I can ever do that again. It was just unbelievable. … I just feel incredibly blessed.”

After the ball went in, he hurled his sand wedge and chest-bumped caddie Michael Geller after charging out of the bunker.

Spieth, who led after all four rounds of a tournament he was playing for the first time, had birdies on the first two holes but didn’t make another until a 16-footer that he thought he missed on the 15th hole.

He closed with an even-par 70 and a total of 12-under 268 by getting up-and-down to save par from the same bunker from which he would hit his winning shot.

Berger, who repeated as champion of the FedEx St. Jude Classic two weeks ago, birdied three of the last six holes to catch Spieth with a 67, but missed his long birdie putt from the fringe after Spieth’s miraculous shot in the playoff.

“That was just Jordan doing Jordan things,” said Berger, 24, the 2015 PGA Tour Rookie of the Year. “I played so well today that I don’t feel too bad, but I really wanted to win. I’m just kind of speechless right now.

“I’m just going to take two weeks off and try to win a couple more times this year.”
Charley Hoffman of Poway carded a bogey-free 66 to finish two strokes out of the playoff in a tie for third with Danny Lee of New Zealand, who shot 67, while Patrick Reed totaled 66 and was another shot behind in a tie for fifth with Paul Casey of England, who had a 69, and Boo Weekley, who started the final round one stroke behind Spieth but struggled to a 72.

Third-ranked Rory McIlroy of Northern Ireland rallied with a 64 that included his only bogey on the last.hole to tie for 17th, and defending champion Russell Knox of Scotland came in at 73 to tie for 62nd.