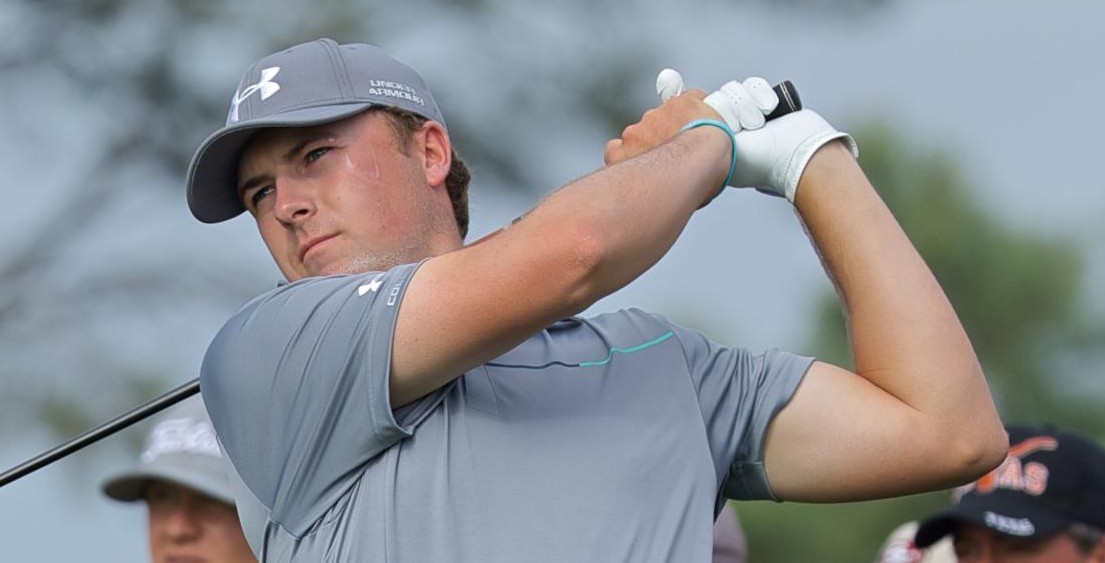 For the third straight day, Jordan Spieth held a one-stroke lead when play was finished in the Travelers Championship.

The sixth-ranked Spieth sank a 20-foot birdie putt on the 18th hole to cap a 4-under-par 66 and has a one-stroke lead over Boo Weekley heading to the final round at TPC River Highlands in Cromwell, Conn.

“It’s in the shadow,” Spieth said of his final shot of the day. “I’m looking to hit the putt at the right speed. If it goes in, great, if it doesn’t, so be it, tap it in. With a few feet to go it was going to have a chance and it curled right in the middle. That was a loud roar, and those are really fun to experience.

” … I’m going to go out there and play solid golf. That’s what we’ve been doing. That’s cliche, but a couple a side on a round like today, I thought at the beginning of the week if you shot 4-under each day, you’d be right there. So I think that’s the goal.”

Weekley, 20 years old than Spieth at 43, matched the youngster with birdies on three of the last four holes in a 65, while Daniel Berger holed a four-foot birdie putt on the final hole to finish off a 66 and is three back in solo third.

C.T. Pan of Taiwan birdied three of his first four holes to kick-start a bogey-free 64 and is four behind in a tie for fourth with David Lingmerth of Sweden, who was flawless after an opening bogey in a 65, and Paul Casey of England, who birdied five of the last 11 holes to shoot 66.

David Hearn of Canada and Keegan Bradley carded 66s and are five down in a tie for seventh with Danny Lee of New Zealand, who totaled 68, while Charley Hoffman of Poway recorded a 68 and is another stroke behind in a tie for 10th with Patrick Rodgers (69) of Stanford, Jason Kokrak (66), Webb Simpson (66) and Chez Reavie (69).

Third-ranked Rory McIlroy of Northern Ireland fought putting problems in a 70 and is 12 behind in a tie for 60th.