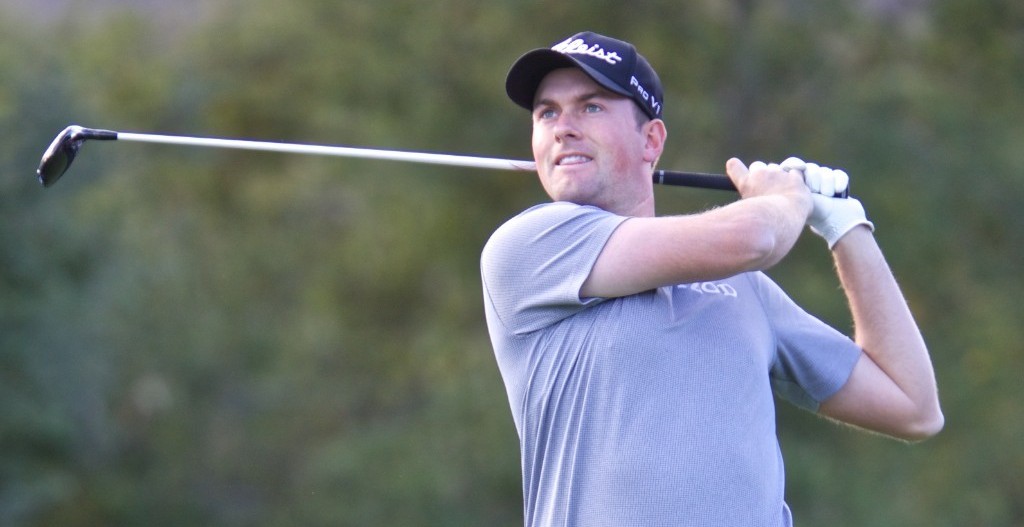 Webb Simpson is right in his comfort zone, playing in his home state before family and friends in what probably is his favorite event on the PGA Tour.

Simpson (pictured), who captured the 2012 U.S. Open at the Olympic Club in San Francisco, shot 6-under-par 64 to tie for the lead with Ryan Armour, who posted a 61, midway through the Wyndham Championship at Sedgefield Country Club in Greensboro, N.C.

“We’re obviously close to where I grew up,” said Simpson, the 2011 Wyndham champion who grew up in Raleigh, went to nearby Wake Forest and lives in Charlotte. “I grew up playing courses similar to this that aren’t too long, hit different clubs off the tee, some doglegs.

“There’s a comfort here that I feel like I don’t have at a lot of places. I’ve always loved playing close to home. That’s part of it as well.”

The 41-year-old Armour, whose only pro victory came in the 2016 Panama Claro Championship on the Web.com Tour, birdied five holes on the front nine after starting at No. 10 and added four more in a row late in the day.

Henrik Stenson, the highest-ranked player in the field at No. 9 in the world, backed up an opening 61 with a 66 and is one stroke back in third, while Ollie Schneiderjans totaled 63 and is two behind in a tie for fourth with Vaughn Taylor, who finished at 66.

Davis Love III, who captured the Wyndham for the third time in 2015 at the age of 51, also put up a 66 and is another shot down in a tie for sixth with Kevin Na of Diamond Bar, who had a 63 and Hunter Mahan, who wound up at 65.

Johnson Wagner holed his second shot from 215 yards for a rare double eagle on the fifth hole and sank a 29-foot eagle putt at No. 15 in a 63 that left him four back in a tie for ninth with Shane Lowry (64) of Ireland, Anirban Lahiri (66) of India, Harold Varner III (68) and Sam Saunders (68).

First-round leader Matt Every followed an opening 61 with a 72 and is six behind in a tie for 19th.