Every leads Wyndam with opening 61 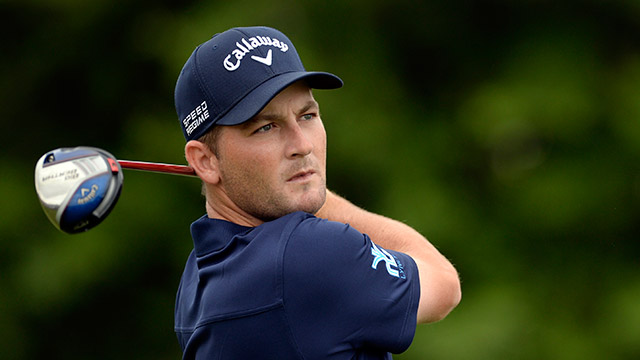 Matt Every has struggled for the last two years, but for at least one day his game was back.

The 33-year-old Every holed his second shot of the day from 105 yards to kick-start a bogey-free 9-under-par 61 that gave him a one-stroke lead over Henrik Stenson of Sweden after one round of the Wyndham Championship at Sedgefield Country Club in Greensboro, N.C.

“The last couple years, a lot of people would have quit the game in my position with what has kind of crept into my game,” said Every, who won the Arnold Palmer Invitational in 2014 and 2015 for his only PGA Tour victories. “I couldn’t let myself quit. There’s a lot of low points, though, man. Just life. Everything that I’ve been through, I’ve brought on myself. So I don’t need any sympathy or anything.

“I knew I was playing better lately and it all just came together today. I didn’t make any putts, but I didn’t have to. I think I had one 10-footer and all the rest were tap-ins.”

Stenson, the highest-ranked player in the field at No. 9 in the world, collected four birdies on each nine in his 62.

Davis Love III, who has won at Greensboro three times including in 2015 at the age of 51, made three birdies on each nine in a 64 and is tied for 10th with Martin Flores and Rick Lamb.