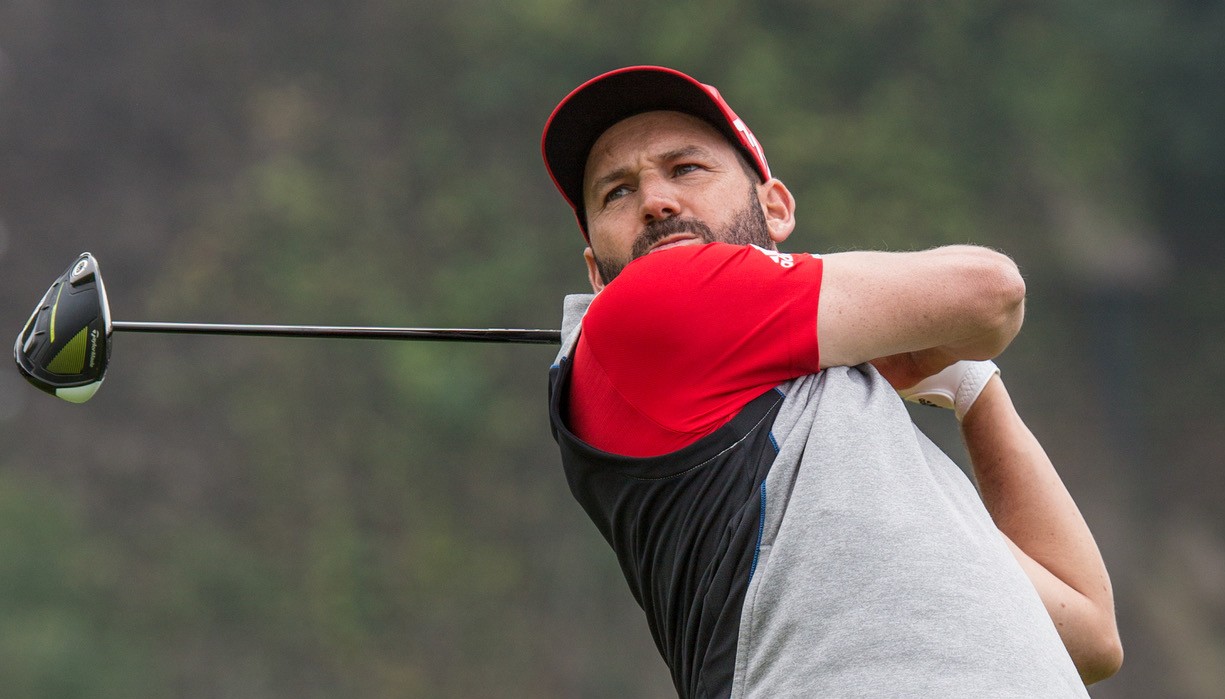 Sergio Garcia criticized the course at Augusta National Golf Club as “too tricky” in 2009, and was so frustrated after the 2013 Masters that he said he isn’t “good enough” to win a major.

The 37-year-old Spaniard, near the top of everyone’s list of best players without a major championship, was in a much better place after shooting 3-under-par 69 in windy, chilly conditions on Friday to tie Charley Hoffman, Thomas Pieters of Belgium and Rickie Fowler for the lead midway through the 81st Masters.

In the afternoon as the weather improved, Pieters shot 68 and Fowler recorded the low score of the day, a 67 after he missed a 10-foot birdie putt on the last hole.

None of the four leaders has won a major.

“The first two rounds are probably the best I’ve every played at Augusta,” said Garcia, who birdied the first three holes and two of the last four, but missed a five-foot downhill putt on the last hole that would have given him the outright lead.

“I played a little better today than yesterday, struck the ball better. There were some tough pin positions and this course really plays tough with the wind, but I’m thrilled with the way I played the first two days.”

Garcia (pictured), who has played in 73 majors and finished in the top 10 on 22 occasions without winning, survived a scare on the 10th hole when he hit his tee shot into the trees and had to hit a provisional.

For a while, there were reports that he had made a triple-bogey 7, but he actually found his original ball and salvaged a bogey.

Hoffman increased his overnight lead by one to five strokes with a birdie on the second hole, but stumbled with five bogeys on six holes through No. 13 before salvaging the round by playing the last seven holes in 1-under.

“I got off to a good start, but then obviously I made some errors,” said Hoffman, who has won four times on the PGA Tour. “But 75 isn’t a bad score out there in these conditions.

“Going to the weekend, I still have a chance, and that’s all that I could hope for. I’m looking forward to tomorrow.”

Pieters, a Masters rookie who has won three times on the European Tour, made his only bogey of the day on the first hole, carded three birdies and sank a nine-foot eagle putt on the 13th hole in a 68.

“I never played the course before Monday,” said Pieters, who was a star for the European team last year in the Ryder Cup at Hazeltine. “Everybody talks about Augusta and it’s lovely, a special place, but it’s just another golf course. A lot of people come to watch and you get excited.

“I just hit the fairways and greens, and made some putts. (The eagle) was not that difficult a putt, inside 10 feet.”

Fowler, who opened with a 73 that included a double-bogey 6 on the last hole, jump-started his second round by holing a bunker shot for eagle on the second hole, added four birdies and saved his only bogey after hitting his second shot into the water at No. 15.

“I made a great par putt on the first hole, made the eagle on two, a birdie on 3 and just kept things moving forward,” said Fowler, who finished in the top five in all four majors three years ago, but does not have a top-10 since. “I had fun, made some shots.

“I knew the first two days were going to be tough with the wind, but I had a great round today and I’m right back in the mix.”

Journeyman William McGirt, playing in his first Masters, posted a 73 with two bogeys down the stretch and is two strokes back in solo fifth, while Olympic gold medalist Justin Rose of England made bogey on the last hole for a 72 and is three behind in a tie for sixth with Ryan Moore, who had a bogey-free 69, rookie Jon Rahm of Spain and 1992 Masters champion Fred Couples, who both shot 70.

Jordan Spieth, the 2015 Masters champion, birdied three of the last six holes to card a 69 and was four down in a tie for 10th with Adam Scott of Australia, the 2013 Masters champ, who birdied the last hole to shoot 69, and three-time Masters winner Phil Mickelson, who came in at 73.

Rory McIlroy, who can complete the Career Grand Slam with a victory on Sunday, made bogey on the last hole and is another shot back in a tie for 13th that included 2011 Masters champion Charl Schwartzel, who finished at 72.