Schenk Leads Wolff by 1 in Shriners 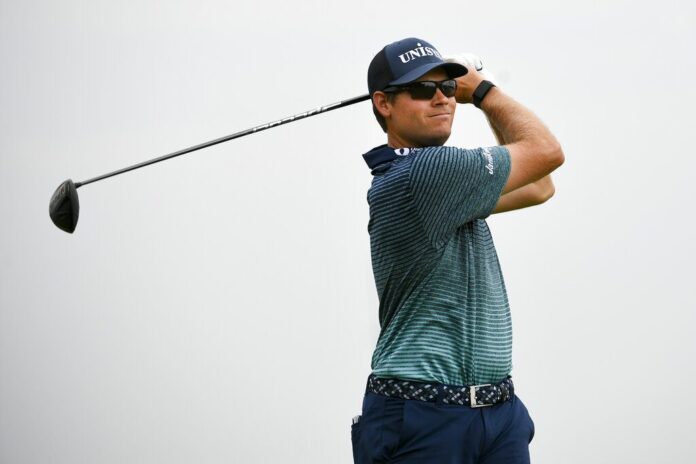 Adam Schenk has never won on the PGA Tour but has put himself in prime position.

The 29-year-old Schenk birdied three of the last for holes to card a 5-under-par 66 and take a one-stroke lead over Matthew Wolff of Agoura Hills heading to the final round of the Shriners Children’s Open at TPC Summerlin in Las Vegas.

“I got off to a little bit of a shaky start, but I was able to make some nice birdie putts that got me turned around,” said Schenk, whose only professional victories came in the 2017 Lincoln Land Championship on the Korn Ferry Tour and the 2016 Iowa Open. “It was nice to finish it off with a birdie, but I don’t think I could have scored any better than I did today.

“I struggled off the tee and have to drive the ball better tomorrow to have a chance, but I’m glad that I’m putting well because that kept me in it and I’m play good golf overall. I’ve put myself in position to win before and the more you get there, the more you have a chance to get it done.

“We’ll see what happens tomorrow, but this is a great opportunity.”

Schenk, who best results on the PGA Tour were two fourth place finishes last season, bounced back from two bogeys in the first four holes with three straight birdies through No. 9 and capped his day with an eight-foot birdie putt that gave him a 54-hole total of 18-under 195.

Wolff, who won the 2019 3M Open in his fourth PGA start but has not won since, collected four birdies and sank a seven-foot eagle putt on the 16th hole en route to a bogey-free 65.

“It was pretty gusty out there for much of the day, but even when it died down you had to be careful that a gust would come up right when you were getting ready to hit,” said Wolff, who made the clinching putt to give Oklahoma State the 2018 NCAA Championship. “The wind came from a different direction today and made it tough to make birdies on the front nine, but I was able to turn it around on the back nine and made a few.

“I’m just trying to keep things simple, make sure I’m right there physically and mentally, and don’t get flustered if things are not going right. I’ve played really solid this week, other than the triple bogey I made yesterday, and I just want to keep that going tomorrow with a chance to win.”

Andrew Putnam of Pepperdine made four birdies down the stretch in a 66 and is two shots back in a tie for third with Sam Burns, who won the Sanderson Farms Championship last week and had a 68, and rookie Chad Ramey, who made two late birdies in a 69.

Sungjae Im shot an up-and-down 70 and is one more down in solo sixth, while Harry Hall of England and Adam Hadwin of Canada both totaled 68 and are four strokes behind in a tie for seventh.

Lanto Griffin collected eight birdies in a 64 that was the low score of the day and is five shots back in solo ninth, while eighth-ranked Louis Oosthuizen of South Africa finished his 69 with three birdies down the stretch and is six back in a tie for 10th with Matthew NeSmith (65), Charles Howell III (66), Rory Sabbatini of Slovakia (70) and Aaron Wise of Lake Elsinore (71).