Ryu wins ANA after Lexi gets tripped up by fan 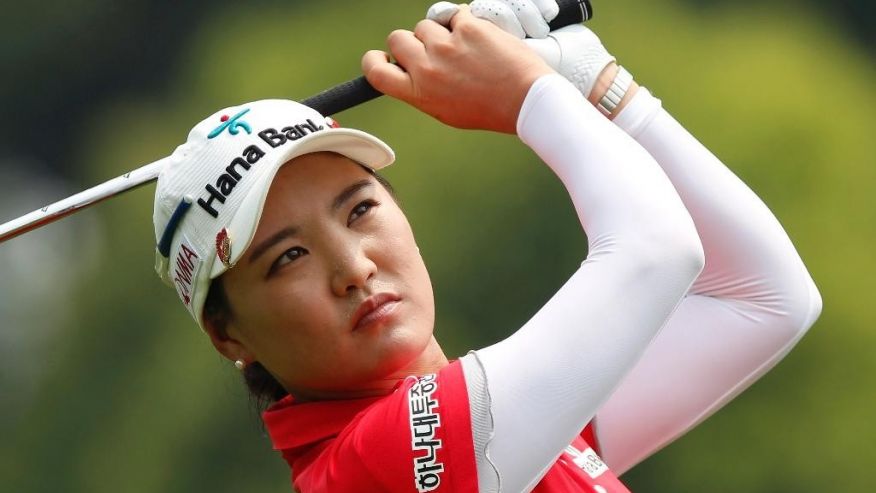 So Yeon Ryu of South Korea left with the trophy, but Lexi Thompson also walked off a winner in the opinion of most people who watched the ANA Inspiration.

However, the story of the day came after Thompson held a three-stroke lead before making her first bogey of the day on the 12th hole and was told by officials while walking off the green that she had been assessed two two-stroke penalties for in incident on the 17th green the third round.

Making it worse, it was brought to officials’ attention by a fan who emailed during the final round to say Thompson marked her ball and replaced it in a slightly different spot before tapping in from about one foot.

“Is this a joke?” Thompson asked, before adding, “Four strokes. That’s just ridiculous.”

Pro golfers from all major tours chimed in on social media with outrage that someone from outside the sport can have such an impact, from Tiger Woods and others on Twitter, to respected commentators Judy Rankin and Tripp Isenhour on the Golf Channel.

Their point: this would never happen in the Super Bowl, the World Series, the NBA Finals or at Wimbledon, but it can happen in a major golf tournament.

“Maybe those viewers who email or call in should do that right away,” Rankin said. “Maybe they shouldn’t do it all these hours and a day later. I’m not saying that it is necessarily wrong, but once the day is complete, if you’ve got it taped and you are watching it on Saturday and it happened on Thursday, please don’t.”

Thompson, with the crowd completely behind her after word spread of the penalties, made three birdies plus a bogey on No. 16 down the stretch and left a 10-foot eagle putt to win barely short on the final hole to shoot a 5-under-par 67 that forced the playoff.

Ryu, the 2011 U.S. Open champion, birdied the final hole to complete a 68, and in the playoff her second-shot nearly ran off the green, but she was able to get up-and-down for the winning birdie.

Thompson drove into the rough in the playoff, was forced to lay up and left her 20-foot b birdie putt short.

“It almost doesn’t feel right,” said Ryu, who has finished in the top five in all five of her LPGA Tour events this year. “I can’t believe the situation. I didn’t look at the leaderboard, but just kept playing and tried to make a strong finish.

“It hurts me too and it’s really a weird feeling, but I’m still proud of myself for the way I played. This is America and I’m sure most people wanted Lexi to win, but there were some Koreans out there, too, and watching on TV at home.”

Said Thompson: “It was great to have my fan base behind me; they got me through the round. I was able to stay strong and regroup and gather myself. I’m proud of the way I finished. It is what it is and I will learn from it and get better.”

Inbee Park of South Korea, a seven-time major champion, shot 69 and finished one stroke back in a tie for second with Minjee Lee of Australia, who also totaled 69, and Suzann Pettersen of Norway, who wound up at 70.

Michelle Wie of Stanford birdied the last two holes for a 69 to wind up three back in sixth, followed another shot behind by two-time major champion Cristie Kerr, who recorded a 70.

Amy Yang of South Korea carded a 68 and was five down in a tie for eighth with Ariya Jutanugarn of Thailand, who had a 70, while first-round leader Karine Icher of France was one more back in 10th after a 68.

Top-ranked and defending champion Lydia Ko of New Zealand tied for 11th with a 70, while 14-year-old qualifier Lucy Li of Redwood Shores came in at 72 to tie for 70th in her second major championship.