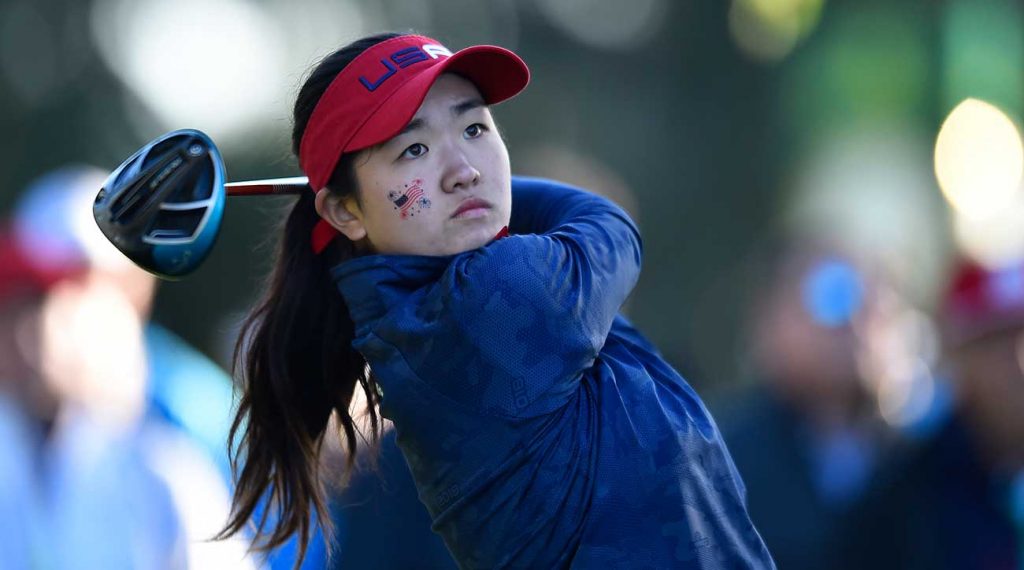 Rose Zhang of Irvine, the top-ranked woman’s golfer in the world, signed a letter-of-intent with Stanford University on Wednesday.

The 17-year-old Zhang, who attends Pacific Academy in Irvine, captured the 2020 U.S. Women Amateur Championship in August at Woodmont Country Club in Rockville, Md., despite battling a left wrist injury, which nearly forced her to withdraw.

“ … I looked at schools around California like USC, UCLA and Stanford,” said Zhang, who made a verbal commitment to Stanford during the spring of her sophomore year. “I really enjoyed everything about Stanford. I loved the campus, the practice facility, the academic opportunities there and my (future) coach (Anne Walker) and teammates.

“ … (Teachers and staff at Pacific Academy) have done wonders for me. They’ve given me a flexible schedule to work with and when I come back from a tournament, they help me catch up.”

Zhang, who defeated defending champion Gabriela Ruffels of Australia and USC on the second playoff hole of the scheduled 36-hole final in the U.S. Women’s Amateur, was awarded the 2020 Mark H. McCormack Medal as the world’s top women’s amateur.

In addition, Zhang won the AJGA Girls Ping Invitational for the second straight year in October and claimed the Rolex Junior Girls Junior Championship in August. She also tied for 11th in the ANA Inspiration, a major championship on the LPGA Tour.

Zhang carries a 4.6 grade-point average at Pacific Academy and is considering business and management at Stanford, but remains undecided on a major.