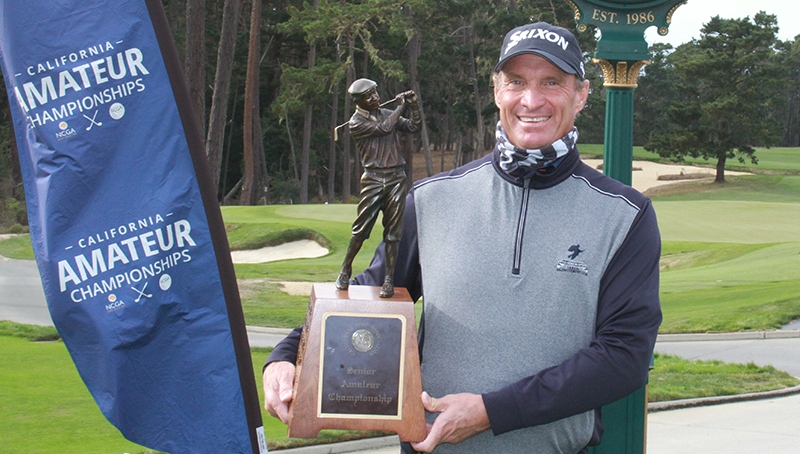 The 57-year-old Funk, who held at least a share of the lead after every round, recorded a score of 70-69-72—211, 2-under-par, but Cesario caught him with a total of 70-76-65—211 by carding seven birdies in the final round—including five in the first seven holes—while recording the low round of the tournament.

Cesario missed a 21-footer for birdie on the playoff hole.

“It hasn’t really sunk in yet,” said Funk, who captured the Northern California Golf Association Senior Championship in another playoff at Poppy Hills in September and was low amateur at the 2017 U.S. Senior Open at Salem Country Club in Peabody, Mass.

Said Cesario: “I wouldn’t have done anything different out there. On the front nine, I was in the zone. My mentality to start the day was to just let things happen. I didn’t go out there trying to force anything.”

In the annual North/South Challenge that is contested within the tournament on the first two days, the NCGA claimed the victory, 293-296.