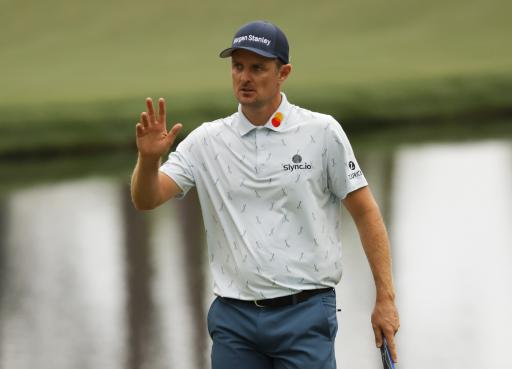 Justin Rose’s back is better and so is his game.

The 40-year-old Englishman, playing for the first time in more than a month, posted a 7-under-par 65 to take a four-stroke lead over Hideki Matsuyama of Japan and Brian Harman after the first round of the 85th Masters at Augusta National Golf Club in Augusta, Ga.

“I hadn’t played for a while, so I didn’t know what to expect,” said Rose, who was 2-over through seven holes before turning things around with an eagle at No. 8. “But I’ve been working hard on the range and my game felt good coming in.

“I was anxious at the start and I got off to a little bit of a slow start. Then experience just clicked in, and it was great to make that eagle. The juices started flowing and I just trusted my game. But I didn’t think today was the day for a 65.

“Augusta is a place I love, just driving down Magnolia Lane. Even though I haven’t put an arm in the Green Jacket, but I’ve been close enough to see what it’s like. But there’s a long way to go.”

Rose, who claimed his only major title in the 2013 U.S. Open at Merion and finished second in the Masters in 2015 and 2017, turned things around with an eagle-birdie-birdie run through No. 10, before adding five more birdies on the back nine.

Matsuyama made an eagle on the eighth hole and had a one-stroke lead in the morning wave before making a bogey at No. 17 in his 69, which Harman equaled by making birdies on three of the last six holes.

“You get down around Amen Corner, and it’s so hard to read that wind,” said Harman, whose best major finish was a tie for second in the 2017 U.S. Open. “If you’ve got an in-between number, it’s easy to be uncommitted.”

Rookie Will Zalatoris eagled the 15th hole on his way to a 70 and is tied for fourth with Christiaan Bezuidenhout of South Africa, ninth-ranked Webb Simpson and seventh-ranked Patrick Reed, the 2018 Masters champion.

Eighth-ranked Tyrrell Hatton of England shot 71 and is tied for eighth with reigning British Open champion Shane Lowry of Ireland, Si Woo Kim of South Korea, Jason Kokrak and Jordan Spieth, who bounced back front a triple-bogey 7 on the ninth hole.

Top-ranked Dustin Johnson, the defending champion, is tied for 30th at 74, fifth-ranked Bryson DeChambeau shot 76 and is tied for 60th and 10th-ranked Patrick Cantlay of Los Alamitos and UCLA is tied for 80th at 79.