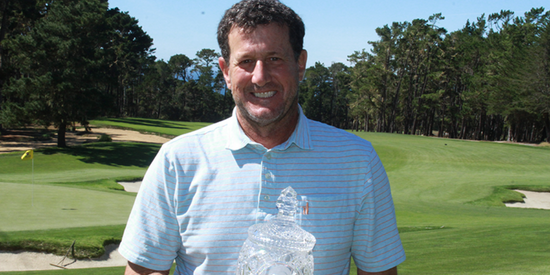 Jim Plotkin of Carlsbad led much of the way en route to winning the 61st Northern California Senior Championship by three strokes over Steve McPherson of Hemet at Poppy Hills Golf Course in Pebble Beach.

By tying for third, Haag clinched the NCGA Senior Player of the Year Award.

“It feels great,” said Plotkin, who claimed his first NCGA title after winning the 2021 Southern California Golf Association Senior Match Play Championship. “One of my goals this year was to win something like this.

“Today was a little tougher (than the first round), but I again hit a lot of greens. This course is tough. It’s a privilege to win here at Poppy Hills. It’s a real shot-maker’s course. You can’t spray it around here.”