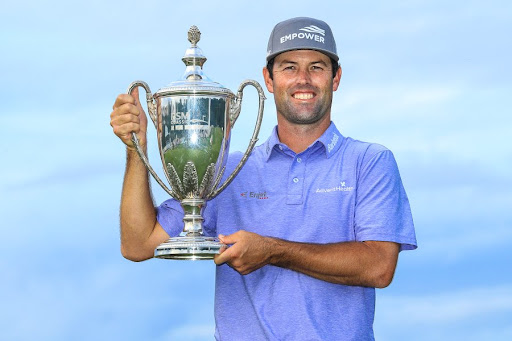 The PGA Tour will wrap up the nine-event Fall portion of its 2021-22 season this week with the RSM Classic, hosted by Davis Love III, on the Seaside and Plantation Courses at Sea Island Resort in Sea Island, Ga., where Robert Streb claimed his second victory on the circuit last year when he beat Kevin Kisner with a birdie on the second playoff hole.

Streb (pictured), whose only other PGA Tour victory came in the 2014 RSM Classic, will be back to defend his title and Kisner, who won the tournament in 2015, also is in the field.

“It’s really nice to say I’ve got more than one (title),” said Streb, who has won four times on lower pro tours in his career. “Winning more than once … validates what ability you have. It was just kind of unexpected and super nice to get (the victory).

“It was tough. I felt like things were starting to get a little better and I wasn’t quite getting the results, but I wasn’t expecting (to win), either.”

Streb became the first two-time winner at Sea Island Resort by hitting his wedge shot to within inches of the  inches of the hole for a birdie to beat Kisner on the second hole of their sudden-death playoff.

By winning, Streb became the first player since Dave Eichelberger in the 1970s to earn his first two titles at the same event but at least six seasons apart. Eichelberger won the 1971 and 1977 Greater Milwaukee Opens.

Kisner has finished in the top 10 five times in his 10 starts in the RSM Classic and loves the Seaside Course at Sea Island Resort.

“I played it numerous times and feel really comfortable off the tee and around the greens, so it’s almost like a second‑home track and that’s why I feel so comfortable,” said Kisner, who has won four times on the PGA Tour, including the 2021 Wyndham Championship in a playoff over Branden Grace of South Africa, Si Woo Kim of South Korea, Kevin Na, Adam Scott of Australia and Roger Sloan of Canada.

“Yeah. It’s a special place. I lost two SEC championships on that 18th hole when I had a one-shot lead. … And what a great ambassador of the game Davis Love is. To win this tournament, that’s always going to be special.”

1. Kevin Kisner, United States – Not only did Kisner lose the RSM Classic in a playoff to Robert Streb last year, he also won the tournament in 2015 and has had five top-10 finishes in his 10 appearances in the event, including ties for fourth in 2013 and 2017. He captured the Wyndham Championship three months ago for his fourth PGA Tour victory and is the all-time leading money winner in the RSM Classic.

2. Sungjae Im, South Korea – Won the Shriners Hospital Children’s Open in October by shooting 63 in the first round and 62 in the last a month ago for his second PGA Tour victory, and also tied for ninth in the CJ Cup at the Summit and tied for 19th in the Houston Open last week. Im, who won the 2020 Honda Classic, tied for 37th in the RSM last year with four rounds in the 60s after missing the cut in 2018.

3. Scottie Scheffler, United States – Still searching for his first PGA Tour victory after finishing in a tie for second last week in the Houston Open behind Jason Kokrak and solo fourth at Mayakoba early this season, Scheffler seems to be getting better by the week. He beat top-ranked Jon Rahm while going 2-0-1 in the Ryder Cup and last year he tied for fifth in the RSM Classic, shooting 66-63 in the middle rounds.

4. Louis Oosthuizen, South Africa – Tied for 14th in the Shriners Children’s Open to start the new season after recording eight top-10 finishes in 2020-21, including second four times and third on two occasions. Oosthuizen, who won the 2010 Open Championship at St. Andrews among his 14 professional victories, finished solo fourth in the 2016 RSM Classic when it was still known as the McGladrey Classic.

5. Russell Henley, United States – Finished in a tie for seventh last week in the Hewlett Packard Enterprise Houston Open after tying for 21st in the Shriners Children’s Open and tying for 25th in the CJ Cup this season. Henley, who has won three times on the PGA Tour, but not since the 2017 Shell Houston Open, tied for fourth in the RSM Classic in 2010, tied for sixth in 2015, and tied for 10th in 2016.

6. Robert Streb, United States – The defending champion in the RSM Classic, winning last year on the second playoff hole, Streb claimed his only other PGA Tour victory in the same tournament in another playoff after closing with a 63 in 2014. He tied for seventh in the Houston Open last week after finishing in a tie for ninth last month in the CJ Cup at the Summit, shooting 61 in the first round.

7. Webb Simpson, United States – Somehow, Simpson has never won the RSM Classic, even though he has finished in the top three on three occasions, including a playoff loss to Ben Crane in 2011, and another extra-hole defeat to Tyler Duncan in 2019, plus a solo third finish in 2018. He also tied for seventh in 2013. His best result in this early season was a tie for 14th in the CJ Cup at the Summit.

8. Jason Kokrak, United States – Claimed his third PGA Tour victory in a little more than a year last week in the Houston Open, after winning the CJ Cup at Shadow Creek and the Charles Schwab Challenge, his first wins since two victories on what is now the Korn Ferry Tour in 2011. Kokrak’s best result in the seven starts in the RSM Classic was a tie for 10th in 2013 with four rounds in the 60s.

9. Cameron Smith, Australia – Tied for ninth in the CJ Cup at the Summit and tied for 15th in the Hewlett Packard Enterprise Houston Open last week to start the new season, posting seven of eight rounds in the 60s plus a 71. Smith, who has won three times on the PGA Tour and five times as a professional, including the Australian PGA Championship twice, is making his debut in the RSM Classic.

10. Sam Burns, United States – Burns is the FedEx Cup points leader early this season thanks to his victory in the Sanderson Farms Championship, in addition to a tie for fifth in the CJ Cup and a tie for seventh in the Hewlett Packard Enterprise Houston Open last week. He also won the 2021 Valspar Championship for his first victory on the circuit, and tied for 37th in his only RSM Classic start in 2018.

1. Kramer Hickock, United States – Five-time winner as a pro on lower tours started 67-67 and finished solo fourth in the Houston Open last week. Opened with a 68 and finished T-53 in 2019 RSM Classic.

2. Aaron Rai, England – Has won six times around the world as a professional and finished T-15 at Mayakoba and T-19 in the Houston Open last week. Rai is playing in the RSM Classic for the first time.

5. Joseph Bramlett, United States – Winner of the 2021 Korn Ferry Tour Championship, a former star at Stanford, is due for a high finish after a T-42 in the Fortinet Championship, T-58 at Sanderson Farms.