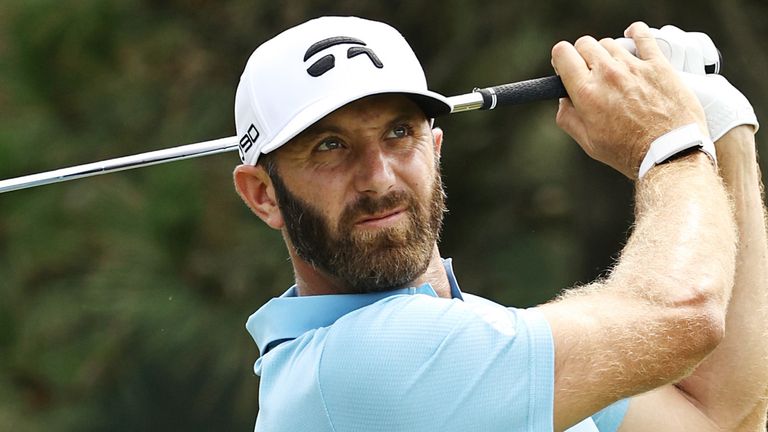 The RBC Canadian Open will not be played for the second straight year because of the Coronavirus pandemic, so the PGA Tour instead will play the Palmetto Championship at Congaree, a one-time replacement for that spot on the schedule this week.

Lingering concerns tied to the U.S.-Canada border and ongoing COVID-19 challenges made it too difficult to hold Canada’s national open for the second year in a row, so the PGA Tour will be playing a week before the U.S. Open at Torrey Pines Golf Club in La Jolla at Congaree Golf Club in Ridgeland, S.C.

This is the third PGA Tour event contested in South Carolina this season, joining the RBC Heritage and PGA Championship.

Leading the field are top-seeded Dustin Johnson, a South Carolina native, and eight-ranked Brooks Koepka, along with No. 11 Tyrrell Hatton of England, No. 21 Matt Fitzpatrick of England and No. 25 Sungjae Im of South Korea.

“I am excited to officially commit to the Palmetto Championship at Congaree and look forward to the opportunity to again compete in my home state this season,” Johnson said last week. “I have heard nothing but great reviews about the golf course at Congaree and have no doubt it will provide a stiff challenge for all of us on the PGA Tour.”

There already was some excitement in the tournament this week when the Monday qualifier for the event was held a day early at Belfair Golf Course and Country Club in Bluffton, S.C., to accommodate U.S. Open qualifying on Monday.

The final spot in the Palmetto field came down to an eight-man playoff, which was won by Brant Peaper. Missing out were Akshay Bhatia, Hayden Springer, Garrett Osborn, Stewart Jolly, Peyton White, Charles Huntzinger and Evan Grenus joined Peaper in the playoff.

John Pak of Arizona State, the 2021 Ben Hogan Award and Fred Haskins Award winner as the best player in men’s college golf in addition to being top-ranked in the inaugural PGA Tour College Rankings, will make his professional debut.

Davis Thompson of the University of Georgia, formerly No. 1 in the World Men’s Amateur Rankings, also has turned pro and will play this week.

The RBC Canadian Open will return to the PGA Tour schedule in 2022 at St. George’s Golf and Country Club in Toronto, which last hosted the event in 2010.

1. Dustin Johnson, United States – The top-ranked Johnson has struggled a bit, in part because of nagging left knee injury, since winning the Masters in November. He did tie for sixth in the U.S. Open, but missed the cut in his Masters defense and the PGA in his last start. DJ captured the RBC Canadian Open in this spot on the schedule in 2018.

2. Brooks Koepka, United States – Regaining his form after right knee surgery in March, the eighth-ranked Koepka comes a tie for second in the PGA Championship, where he was in the hunt most of the way despite closing with a 74. He claimed his eighth PGA Tour victory in the WM Phoenix Open and also tied for second in the WGC-Workday.

3. Tyrrell Hatton, England – Slipped out of the top 10 in the World Rankings and will try to climb back in this week. Hatton, who won the 2020 Arnold Palmer Invitational and the Abu Dhabi HSBC Championship, has finished in the 25 seven times in the PGA Tour this season, including a tie for third in CJ Cup and a tie for seventh in the Houston Open.

4. Sungjae Im, South Korea – Has finished in the top 25 on the PGA Tour 11 times this season, including a tie for second in the Masters in November, a tie for fifth in the Sony Tournament of Champions, a tie for eighth in the Honda Classic and a tie for 17th in the PGA Championship. Im has won four times as a pro, including the 2020 Honda Classic.

5. Harris English, United States – Claimed his third PGA Tour victory earlier this season in the Sentry Tournament of Champions, one of his five top-10 finishes and seven in the top 25. English also finished solo fourth in the U.S. Open, tied for fifth in the Mayakoba Championship, tied for sixth in the RSM and was solo 10th in the CJ Cup.

6. Branden Grace, South Africa – Following a solo fourth place finish in the Memorial Tournament on Sunday, Grace shot 70-72—142 on Monday in qualifying for the U.S. Open in Jupiter, Fla., to earn a spot at Torrey Pines next week. Grace claimed his second PGA Tour victory and 14th as a pro this year with a closing 66 in the Puerto Rico Open,

7. Brandt Snedeker, United States – Sneds has heated up in his last five starts, finishing solo sixth in the Valero Texas Open, tying for 11th in the Valspar Championship and tying for 17th in the AT&T Byron Nelson. Claimed one of his nine PGA Tour victories in this spot on the schedule in the 2013 RBC Canadian Open, shooting 63 in round three.

8. Matt Fitzpatrick, England – A six-time winner on the European Tour, Fitzpatrick now is playing full time on the PGA Tour figures to break through soon. He tied for fourth in the RBC Heritage, tied for fifth in the Genesis Invitational, tied for ninth in the Players Championship and tied for 10th in the Arnold Palmer Invitational this season.

9. Charley Hoffman, United States – Came close to a fifth PGA Tour victory, and first since the 2016 Valero Texas Open when he was solo second in the same event this year. That’s one of his five top-10 finishes at age 44, including a tie for third in the Schwab Challenge, a tie for sixth at Sanderson Farms and a tie for seventh at Pebble Beach.

10. Patton Kizzire, United States – Tied for third recently in consecutive outings at the AT&T Byron Nelson and the Charles Schwab Challenge. Kizzire, who won twice on the PGA Tour in 2018, has three other top-10 results this season, a tie for seventh in the Sony Open in Hawaii, a tie for ninth in the Valero Texas Open and a tie for 10th in the RSM.

1. J.T. Poston, United States – Was third at Sanderson Farms and also showed he can hang with the big boys in a T-11 at Phoenix and a T-18 at the Farmers among five T-25s.