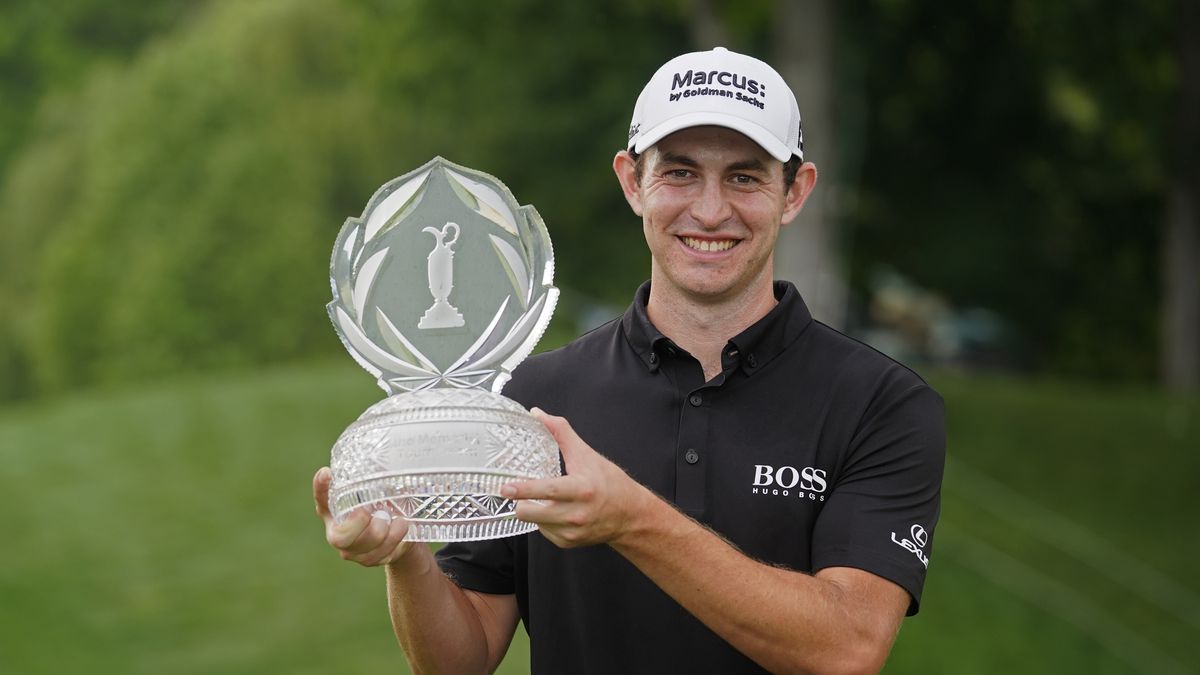 Patrick Cantlay had been struggling, but all he needed was to get back to Muirfield Village Golf Club and see the great Jack Nicklaus.

The 29-year-old Cantlay, from Los Alamitos and UCLA, sank a 12-foot par putt on the first playoff hole to turn back sixth-ranked Collin Morikawa and win the Memorial Tournament in Dublin, Ohio, for the second time in three years.

Morikawa missed a six-footer for par that would have extended the playoff.

The exciting finish was made possible the day before when third-ranked Jon Rahm of Spain, the defending champion, carded a 64 to take a six-stroke lead over Cantlay and Morikawa, but was forced to withdraw because of a positive Covid-19 test.

“It was such a weird situation,” said Cantlay, who claimed his fourth PGA Tour title and should climb back into the top 10 of the World Golf Rankings after falling to No. 15. “Everyone knows it would have been a totally different situation if that had not happened. It’s just unfortunate, but all I could do was refocus and start over.

“I started off shaky but then I felt the same as when I won here before—calm and collected. I hit a lot of quality good shots, just as I did when I won here two years ago, and it worked out. It means a lot to me to win here. It’s a great place and I just feel good every time I get here, and this year was no different.

Morikawa, who also shot 71, won the WGC-Workday Championship last year when it was move to Muirfield Village because of the Coronavirus pandemic.

Scottie Scheffler, seeking his first PGA Tour victory, was tied for the lead during the final round but a made bogey at No. 17 and closed with a 70 to finish two shots back solo third, his 13th top-10 result in the last two seasons, followed by one more down by Branden Grace, who shot 71, and ninth-ranked Patrick Reed, who was five behind in fourth after a 69.

Jimmy Walker carded the low round of the day with a bogey-free 65 and wound up seven back in a tie for sixth with Shane Lowry of Ireland, the reigning Open champion, and Max Homa of Valencia and Cal, who had a 72, while Aaron Wise of Lake Elsinore totaled 71 and was eight behind in a tie for ninth with Si Woo Kim of South Korea, who came in at 72.

Fifth-ranked Xander Schauffele of La Jolla and San Diego State tied for 11th after a 72, fourth-ranked Bryson DeChambeau of Clovis shot 71 to finish in a tie for 18th that included eighth-ranked Rory McIlroy of Northern Ireland, who closed with a 72, while second-ranked Justin Thomas tied for 42nd after a second straight 75.