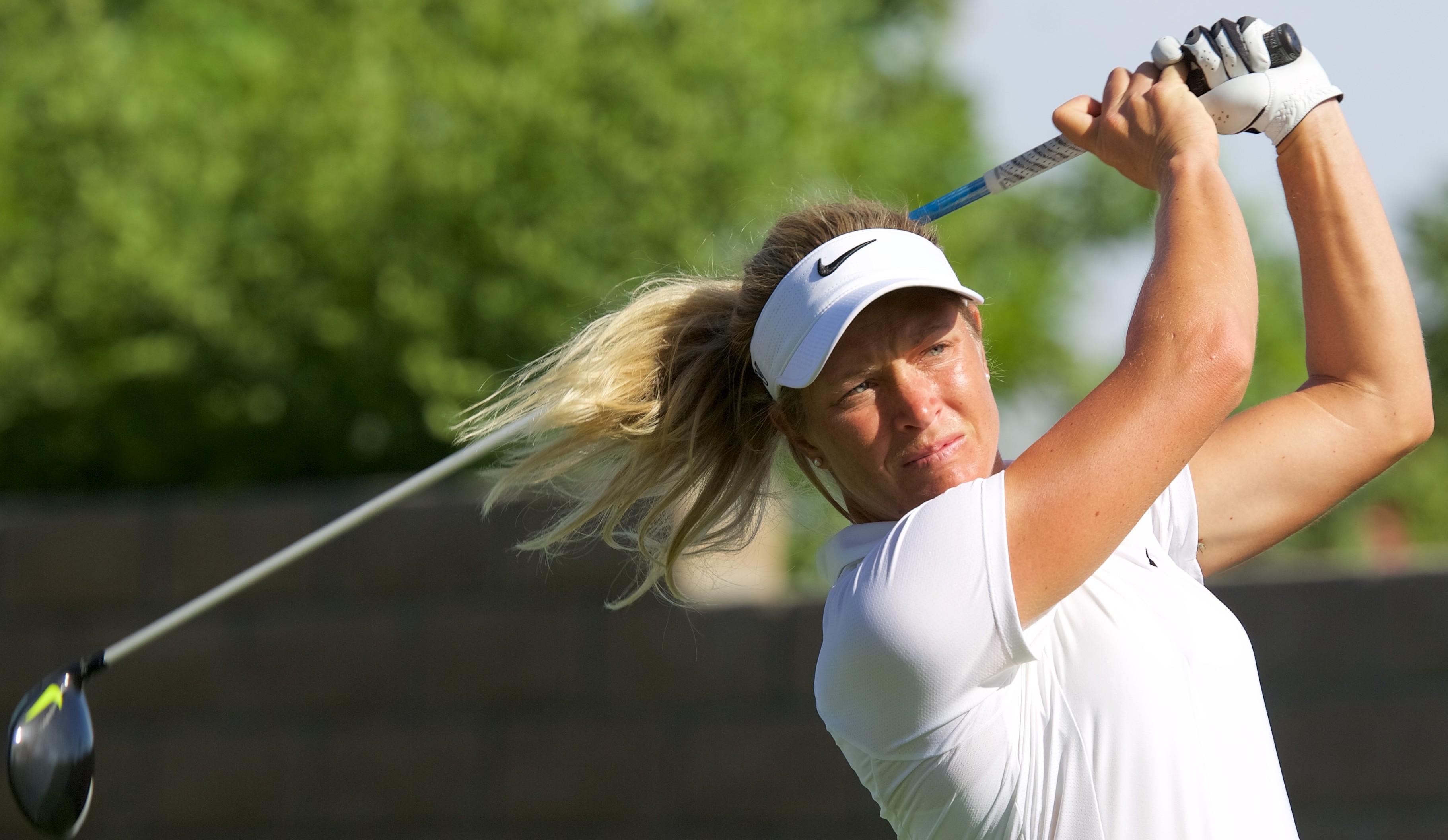 When Suzann Pettersen of Norway finished a long day in the ANA Inspiration, she found herself on top of the leaderboard.

The 35-year-old Pettersen, who has claimed 15 titles on the LPGA Tour including two majors, returned early Friday to finish off an opening 4-under-par 68 and then posted a 69 in the second round to take a one-stroke lead over Minjee Lee of Australia, Nellie Korda, Inbee Park of South Korea, Cristie Kerr, Karine Icher of France and Michelle Wie on the Dinah Shore Tournament Course and Mission Hills Country Club in Rancho Mirage.

Play was halted by darkness with 56 players still on the course in round two after winds up to 60 mph halted the first round early on Friday.

“I played really good,” said Pettersen, whose major titles came in the 2007 McDonald’s LPGA Championship and the 2013 Evian Championship. “It really hasn’t been that long of a day, but I played quite a bit of golf. Just Steady Eddie, just plugging along, hitting good shots, giving myself chances.

“How can you not love this place? It’s heaven for golf and great surroundings. Just really got to be on your A-game to feel like you can attack this course. I’m driving the ball well so I’m giving myself good irons into the greens.”

Park, whose seven major victories include the 2013 Kraft Nabisco that has become the ANA Inspiration, had two late bogeys in a 69, while Kerr, also a two-time major champion, birdie the last hole for a 71, Lee carded a 68 and Korda finished at 69.

Icher, the first-round leader at 67, was 1-under for 11 holes when the end came in round two and in the tie for second with Wie, who was 2-under through eight holes.

Moriya Jutanugarn of Thailand totaled 70 and was two shots back in a tie for eighth with South Koreans So Yeon Ryu, who was 1-under for the second round through nine holes, and Sung Hyun Park, who was 1-under after eight.

Top-ranked Lydia Ko of New Zealand, the defending champion, posted a second straight 70 and was in a tie for 11th that included Ariya Jutanugarn of Thailand, who had a 70, Charley Hull of England, who finished at 72, Paul Creamer of Pleasanton, who was 2-under through eight holes, and Lexi Thompson, who was 1-under after eight.