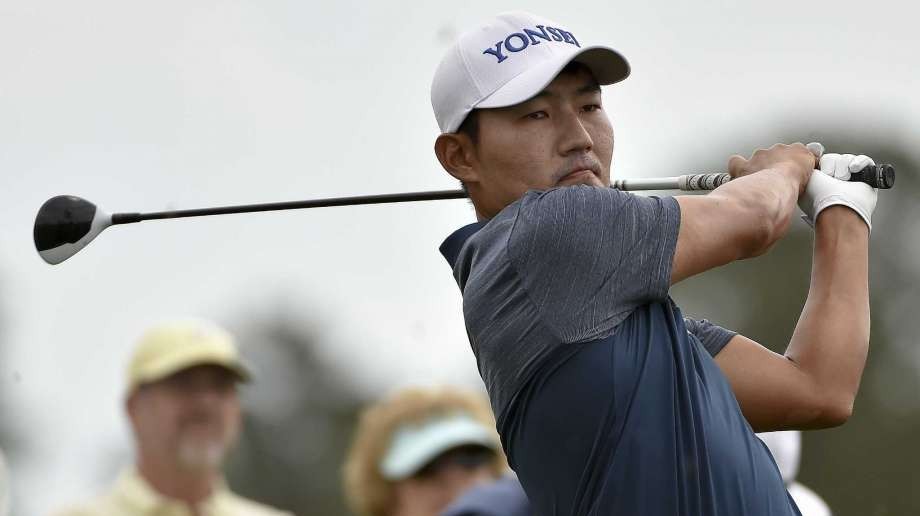 Sung Kang of South Korea lost all of his six-stroke lead at one point in the third round of the Shell Houston Open, but at the end of the day he was back ahead by three shots.

The 29-year-old Kang, seeking his first PGA Tour victory, shot 1-under-par 71 and is three strokes ahead of Rickie Fowler on the Tournament Course at the Golf Club of Houston in Humble, Texas.

Kang’s 54-hole total of 17-under 199 tied the tournament record set by Louis Oosthuizen of South Africa in 2012.

“I heard a lot of clapping in front of us, but I didn’t know who was making birdies. On 15 or 16, I looked at the leaderboard, and Rickie was at like 8-under-par for the day. It was real impressive. Playing really hard. Unfortunately, he putted poorly on the last hole.”

Fowler collected nine birdies on the first 14 holes, six on the front nine and three more in a row early on the back nine, sinking a 17-foot birdie putt on No. 14 to tie Kang for the lead.

However, for the second straight day, Fowler struggled on the last two holes, missing a two-foot par putt on No 17 and four-putting the last hole from 57 feet for a double-bogey 6 to finish at 67.

“You can’t really dwell on last two holes,” said Fowler, who has played Nos. 15-18 in 5-over in the first three rounds. “I mean, we went out and played some good golf today. We just managed our way around very well, hit a lot of our lines and a lot of good shots and made good putts.

“I just got funky on the greens last two holes. But we put ourselves in a position to win. We’ve done all the work these last three days to be in the position we’re in right now and put (the final two holes) behind us with 18 holes of golf left.

Russell Henley birdied the last two holes for a 69 and is four back in third, followed another shot behind by Luke List, who overcame an early bogey with five straight birdies in the middle of at 65.

Rafael Campos of Puerto Rico overcame a triple-bogey 7 on the fifth hole with seven birdies on his last 11 holes to shoot 68 and is nine shots down in a tie for fifth with Daniel Berger and Kyle Stanley, who both totaled 71.

Aaron Baddeley of Australia struggled to a 73 and is 10 behind in a tie for eighth with Hudson Swafford, who also had his problems in a 75.