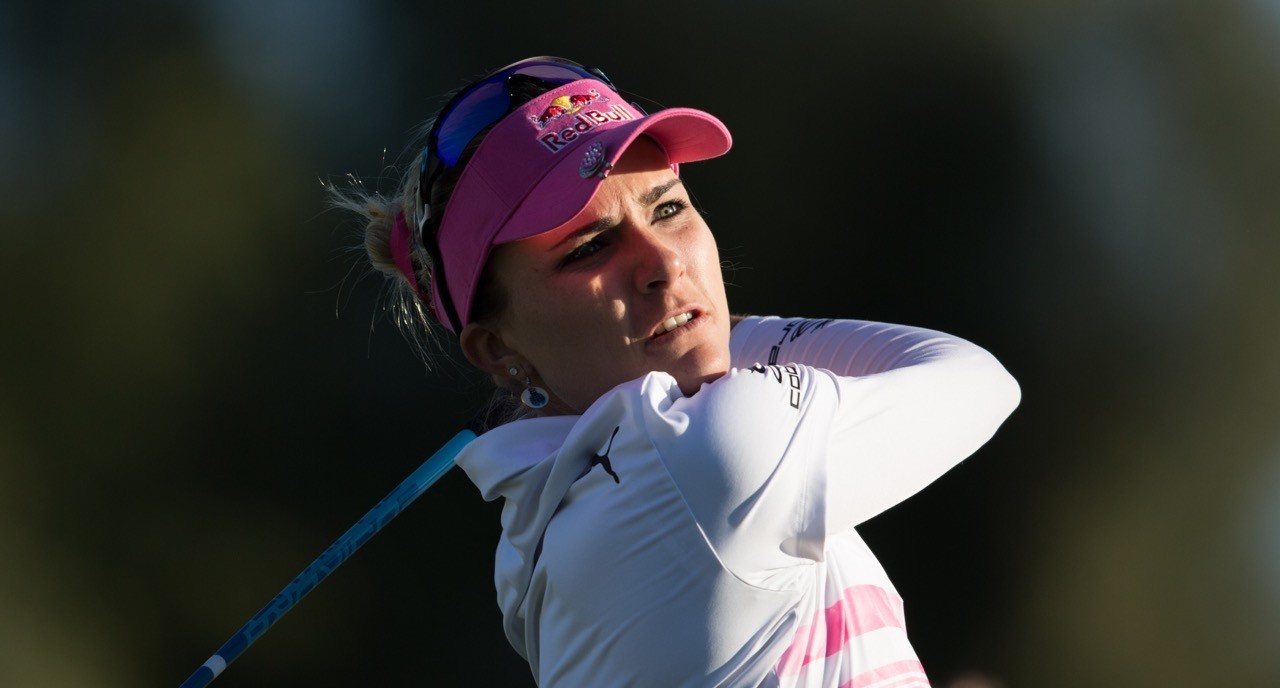 Lexi Thompson has been here before–twice.

The 22-year-old Thompson, who held a share of the lead after 54 holes two of the last three years in the ANA Inspiration, shot 5-under-par 67 in the third round and leads Suzann Pettersen of Norway by two strokes heading to the final round on the Dinah Shore Tournament Course at Mission Hills Country Club in Rancho Mirage.

Thompson held on to win the tournament in 2014 but faded to finish fifth last year.

“Yeah, well, that experience (winning) always helps me out, but I’m just going to focus n tomorrow, focus on one shot at a time, relax out there between shots, and just focus on doing my routine, visualizing my shots out there,” said Thompson, who has won seven times on the LPGA Tour.

“I just love this golf course. I get to hit a lot of drivers, and it just sets up well. There’s a few doglegs left, which helps me out. I love being here. It’s just absolutely beautiful, and it’s always in great shape for us.”

Thompson collected six birdies while hitting all 18 greens in regulation, made her only bogey on the fourth hole, and has a 54-hole total of 13-under 203.

Pettersen, who has won 22 times as a pro including two majors, also had six birdies including two on the last three holes in a 68.

“I think I’ve always said since the first time I saw this place it really fits my eye,” said Pettersen, who won the 2007 McDonald’s LPGA Championship and the 2013 Evian Championship. “I’m driving the ball well, and that’s a major key on this golf course, and if you do, you can kind of attack it, as well.

“So far, so good. I’ve got a big job to do tomorrow. I mean, the leaderboard is packed behind me, as well. You’ve got to expect to go out there and shoot low. There’s a lot at stake, but I’m all in for it.”

Cristie Kerr, a two-time major champion who has not won at Mission Hills, totaled 70 and was five down in a tie for seventh with Ariya Jutanugarn of Thailand, who finished at 68, Karine Icher of France, who also wound up at 68, and Michelle Wie of Stanford, who came in at 70.

Defending champion and top-ranked Lydia Ko of New Zealand shot 71 and was eight back in a tie for 11th.