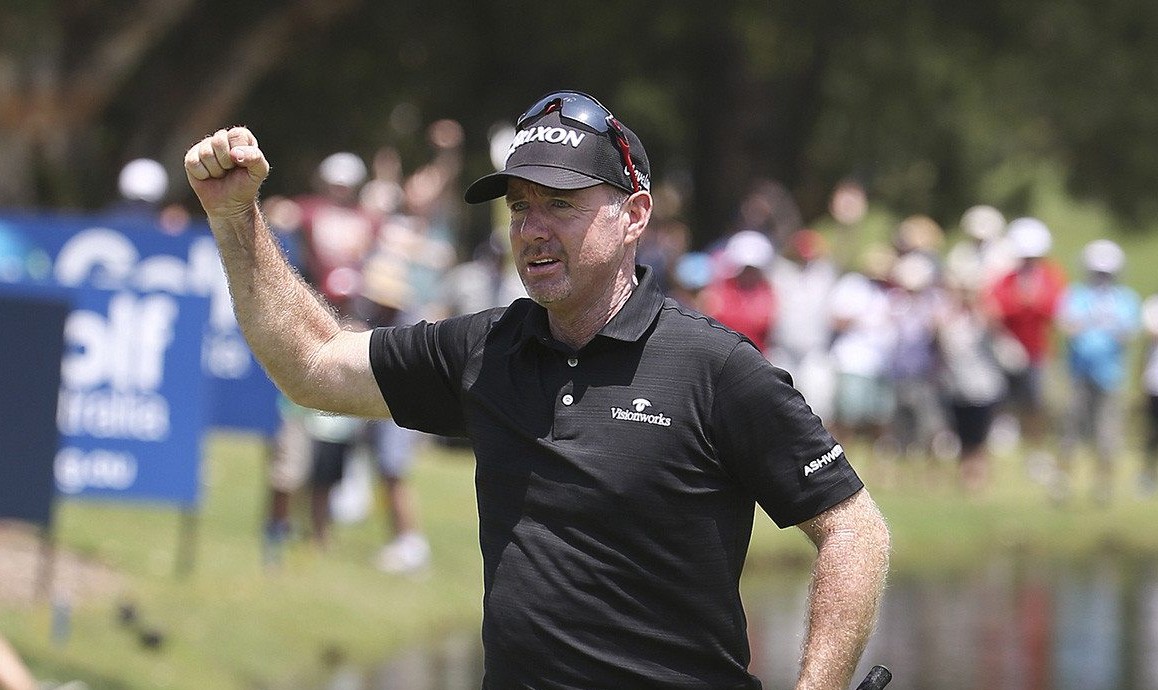 Rod Pampling of Australia carded four birdies on the last six holes, including a 32-footer on No. 18, to claim a two-stroke victory over Brooks Koepka in the Shriners Hospitals for Children Open at TPC Summerlin in Las Vegas..

The 47-year-old Pampling, who has not had full status on the PGA Tour since 2012 and also has been playing in the Web.com Tour, closed with a 6-under-par 65 to finish at 20-under 264 — including a course-record tying 60 in the first round.

“It’s a great feeling,” said Pampling, who captured his third PGA Tour title, but the first since the 2006 Bay Hill (now the Arnold Palmer) Invitational. “It’s just the self-belief that I know it’s still in there.

“The body feels healthy. I know I have the game for out here. It was just being patient and grinding out there on the Web Tour. It’s extremely hard out there, but it certainly gives you the confidence that you can compete against the younger guys and come out here.”

Koepka closed with a 67, while third-round leader Lucas Glover, the 2009 U.S. Open champion, shot 69 to finish three shots back in third.

Harris English carded a 67 and wound up four strokes behind in a tie for fourth with Geoff Ogilvy of Australia, who totaled 68 and Francesco Molinari of Italy, who came in at 69.

Keegan Bradley posted a 66 and was five down in a tie for seventh with Kyle Stanley, who had a 67, and Pat Perez of San Diego, who wound up at 69.