Morikawa Leads WGC-Workday by 2 After 67 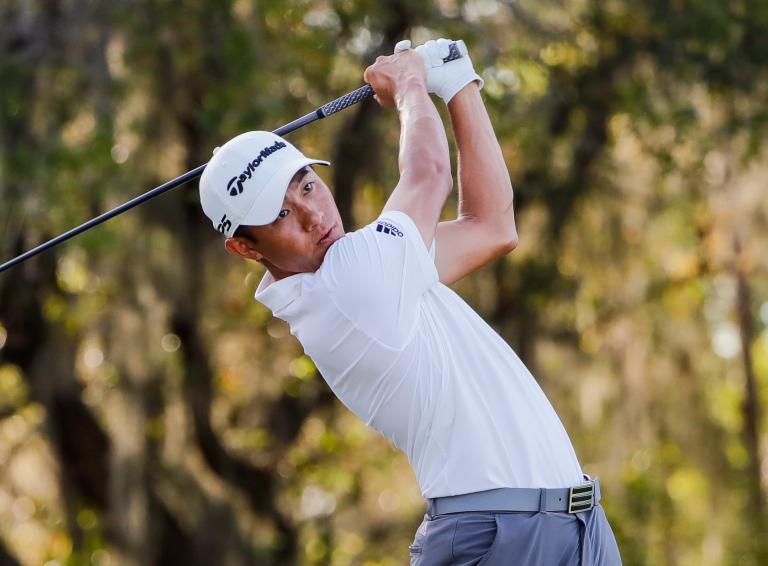 Sixth-ranked Collin Morikawa is playing his best golf since winning the PGA Championship at TPC Harding Park in San Francisco in August.

The 24-year-old Morikawa posted a 5-under-par 67 despite a couple of stumbles coming home at The Concession Golf Club in Bradenton, Fla., and took a two-stroke lead over Brooks Koepka and Billy Horschel heading to the final round of the WGC-Workday Championship at The Concession.

“There were a lot of positives and a lot to learn, some highs and lows, and I just have to take it and go from there,” said Morikawa, who has made 23 birdies in three rounds. “I gave myself a lot of birdie chances on the first 12 holes, but for some reason I wasn’t as committed after that.

“But overall, I just feel confident with every club in the bag. I’m here to win, but there are a lot of guys chasing and I have to be committed from holes 1-to-18. I’ll be ready for tomorrow and I just can’t let up.”

Morikawa, from La Canada Flintridge and Cal, built a five-stroke lead with the help of five straight birdies to finish the front nine, but made bogeys on the 13th and 17th holes in recording a 54-hole score of 15-under 201.

Third-round leader Koepka, whose chronic neck and back injury flared up in the morning, started his round with two straight bogeys, but rallied with three birdies on the back nine for a 70, while Horschel sank a 12-foot eagle putt on the 17th hole and wound up at 69.

“It didn’t loosen up and I lost a couple shots early in the round,” said Koepka, who won the Waste Management Phoenix Open early this month. “Some days are better than others and today was a bad day.

“I’ll go get some treatment now and more in the morning. When I wake up I’ll do some stretches and probably take some pills. But I’m just two shots back, so I have a chance tomorrow. I just hope I feel better.”

Said Horschel: “I did a good job of staying patient when I made bogeys on the 13th and 14th holes to fall five shots back. But I hit a lot of good shots and thought I hit some good putts that didn’t go in. I’m excited about tomorrow because I’m in the final group for the first time in a while. My game is trending in the right direction and I just have to make some more putts.”

Ninth-ranked Webb Simpson birdied the 16th and 17th holes before closing his 69 with a bogey and is three shots back in fourth, while eighth-ranked Rory McIlroy of Northern Ireland totaled sank a 12-foot eagle putt at No. 13 in a 66 and is one more down in a tie for fifth with defending champion Patrick Reed, who had seven birdies in a 69.

Viktor Hovland of Norway holed out from 44 yards for an eagle on the seventh hole en route to a 66 and is five strokes behind in a tie for seventh with Scottie Scheffler, who made an eagle from 83 yards at No. 12 in a 67, Hideki Matsuyama of Japan, who had four birdies coming home in a 68, and Matthew Fitzpatrick of England, who made four birdies in six holes through No. 12 in a 71.

Third-ranked Justin Thomas is tied for 16th after a 70, while fifth-ranked Tyrrell Hatton of England made three birdies in a bogey-free 33 coming home to shoot 70 and is in a tie for 28th that includes 10th-ranked Bryson DeChambeau of Clovis, who had a 72.

Top-ranked Dustin Johnson eagled the 12th and 17th holes in a second straight 69 after an opening 77 and is tied for 42nd, while second-ranked Jon Rahm of Spain posted a 72 and is in a tie for 45th with fourth-ranked Xander Schauffele of La Jolla and San Diego State, who bogeyed the first two holes and struggled to a 73.