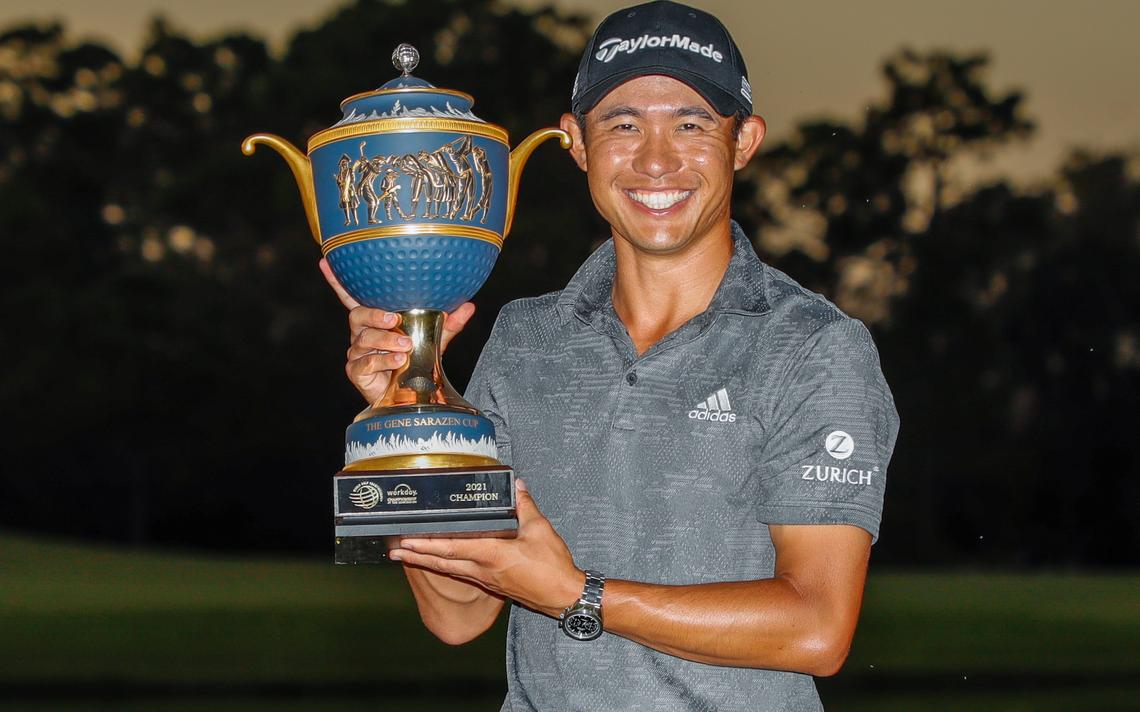 The 24-year-old Morikawa had several players nipping at his heels in the final round, but closed with a 3-under-par 69 to win the WGC-Workday Championship at The Concession by three strokes over Viktor Hovland of Norway, Brooks Koepka and Billy Horschel at The Concession Golf Club in Bradenton, Fla.

Several players wore red shirts and black pants in honor of Woods, who was seriously injured when the SUV he was driving rolled over several times on Tuesday in Southern California.

Morikawa, who claimed his fourth PGA Tour victory, also planned to do so but the red shirt he ordered from his clothing sponsor did not arrive in time.

“Tiger means everything to me,” said the sixth-ranked Morikawa, who won the PGA Championship in August at TPC Harding Park in San Francisco and joined Woods in winning a major and a WGC event before the age of 25. “Thankfully, he apparently is going to be OK and hopefully he has a quick recovery. I want to thank him for all he means to me.

“ … What a week this was. It shows that I can come out here and compete. I’ve been working on my game and got a putting tip from Mark O’Meara and a chipping tip from Paul Azinger, and that saved me this week. My game felt so good, but I’m just so excited right now.”

Morikawa, from La Canada Flintridge and Cal, took a two-stroke lead into the final round and after his only bogey of the day dropped him into a tie with Horschel, he rattled off three birdies before the turn, then added eight pars and a birdie at No. 12 on the back nine to post a score of 18-under 270.

Hovland made five of his eight birdies on the front nine but also had three bogeys in a 67, while former world No. 1 Koepka and Horschel both finished at 71.

Scottie Scheffler, the 2019-20 PGA Tour Rookie of the Year, shot 68 and finished four shots back in fifth, while eighth-ranked Rory McIlroy of Northern Ireland had a 71 to wind up six down in a tie for sixth with ninth-ranked Webb Simpson, who totaled 72, and Louis Oosthuizen of South Africa, who finished at 69.

Defending champion Patrick Reed could manage only a 72 and finished seven behind in a tie for ninth with Jason Kokrak, who posted a third straight 69.

Third-ranked Justin Thomas tied for 15th after a 71, while fifth-ranked Tyrrell Hatton of England and 10th-ranked Bryson DeChambeau of Clovis, who sank a nine-foot eagle putt at No. 12, wound up in a tie for 22nd after both shot 69.

Second-ranked Jon Rahm of Spain tied for 32nd after a 68, fourth-ranked Xander Schauffele of La Jolla and San Diego State shot 71 to tie for 39th, and top-ranked Dustin Johnson, who opened with a 77 before going 69-69, struggled again in a 78 that left him tied for 54th.