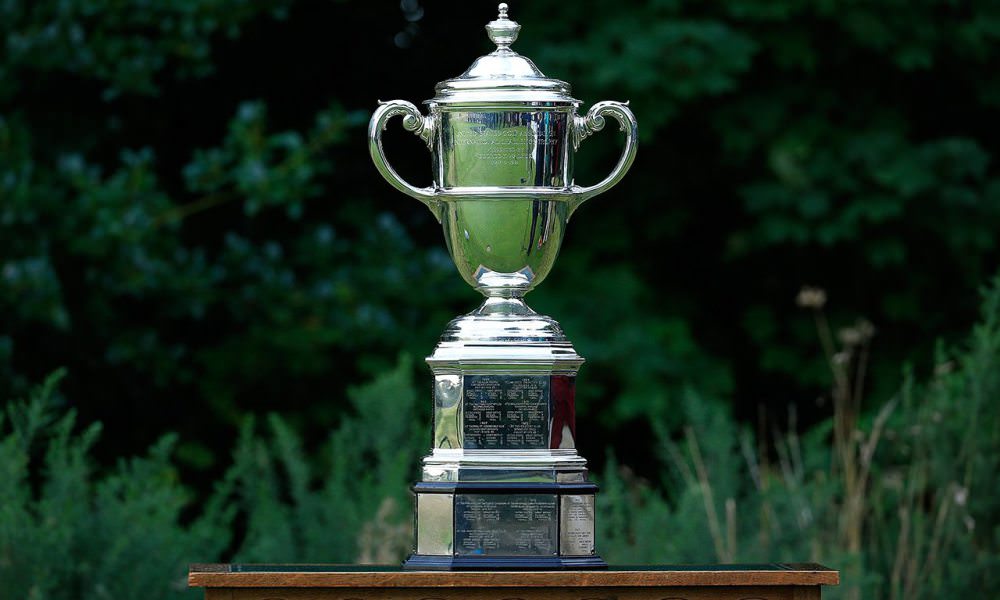 Veteran Stewart Hagestad of Newport Beach, William Mouw of Chino and Pepperdine, and Ricky Castillo of Yorba Linda are among 10 players named to the United States team for the 2021 Walker Cup Match, the United States Golf Association announced.

The U.S. will face Great Britain and Ireland in the 48th Walker Cup Match in May at Seminole Golf Club in Juno Beach, Fla.

“It is once again a great privilege to serve as the USA captain and to work with a group who represent the best of amateur golf,” said Nathaniel Crosby of Hillsborough, the 1981 U.S. Amateur champion who in addition to guiding the 2019 U.S. victory played on the winning American team in the 1983 Walker Cup at Royal Liverpool Golf Club in Hoylake, England.

“The 10 team members have a notable list of accomplishments on the collegiate, national and international levels. They will represent the United States in the spirit and tradition of the Walker Cup Match.”

The 29-year-old Hagestad, who played at USC, was a member of the winning 2017 and 2019 Walker Cup teams and had a combined 3-2 record in those matches. He captured the 2016 U.S. Mid-Amateur Championship, the 2016 Metropolitan Amateur and won a gold medal in the mixed-team competition of the 2019 Pan American Games.

Mouw, 20, a sophomore at Pepperdine, set a freshman record for the Waves with five finishes in the top-10, including a victory in the Amer Ari Invitational, and was named All-American. He also claimed the 2019 California State Amateur, the 2019 Thunderbird Invitational and the 2019 Heather Farr Classic en route to being named 2019 Southern California Golf Association Player of the Year, and also won the 2017 Western Junior Championship.

Castillo, 20, a sophomore at Florida, claimed the 2020 NCAA Division I Phil Mickelson Outstanding Freshman Award, the 2020 SEC Freshman of the Year Award and was named to the All-American team after winning the Sea Best Invitational and Gators Invitational. He also won the Heather Farr AJGA Championship in 2016 and 2018.

Hagestad, Hammer and Pak played on the 2019 U.S. team, which defeated Great Britain and Ireland, 15½-10½, at Royal Liverpool.

Among those who have played in the Walker Cup are Jack Nicklaus, Tiger Woods, Jordan Spieth, Dustin Johnson and Bryson DeChambeau for the U.S. and Graeme McDowell, Rory McIlroy and Justin Rose for Great Britain and Ireland.