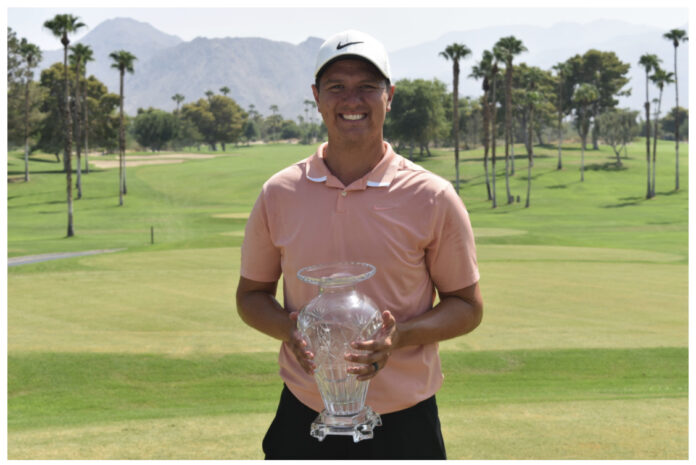 Kyle Mendoza of Oceanside sank a 20-foot birdie putt from the fringe on the last hole to capture the 97th Southern California PGA Professional Championship, claiming the title for the second straight year by one stroke over Jeff Hart of Solana Beach on Mendoza’s home course at The Farms Golf Club in Rancho Santa Fe.

Mendzoa, who was coming off a recent bout with Covid-19 and a back injury, became the 10th player to win the SCPGA title in consecutive years.

“The fact that I was able to come out here and play the way I did was pretty cool,” said Mendoza, who earned an exemption into the 2022 The American Express on the PGA Tour and the use of a custom Club Car golf cart for a year. “It will always be special to me for the rest of my life.”