McNealy on U.S. team for World Am Championship 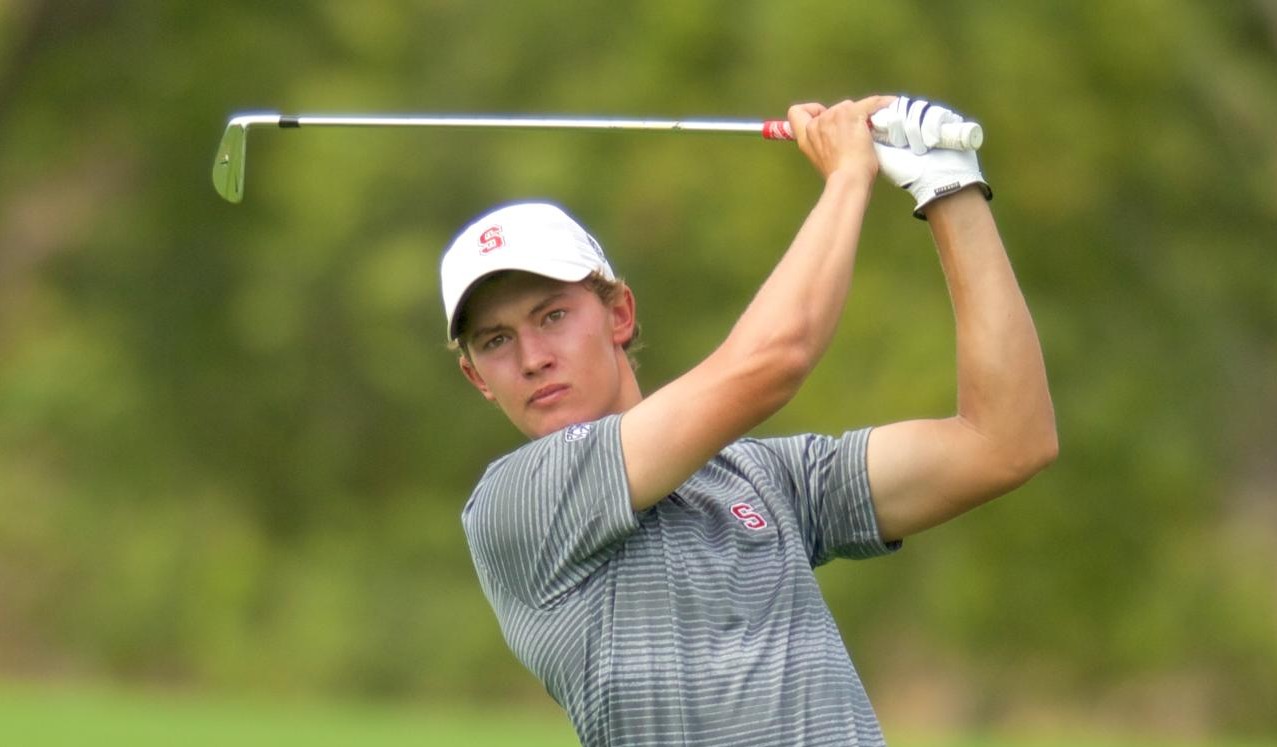 Maverick McNealy of Portola Valley will join Brad Dalke of Norman, Okla., and Scottie Scheffler of Dallas on the United States team for the 2016 World Amateur Team Championship.

The event will be played on Sept. 21-24 at Mayakoba El Camaleon Golf Club and Iberostar Playa Paraiso Golf Club in Riviera Maya, Mexico.

“Brad, Maverick and Scottie exemplify the competitive spirit and sportsmanship that are displayed at the World Amateur Team Championship,” said Diana Murphy, president of the United States Golf Association.

“We are delighted to have them join such an illustrious group of players, including Rickie Fowler, Jack Nicklaus and Tiger Woods, who have represented the United States at this renowned championship.”

The 20-year-old McNealy (pictured), a senior at Stanford, is No. 1 in the World Amateur Golf Rankings and recently received the Mark H. McCormack Medal as the world’s top male amateur in 2016.

McNealy was an All-American and Pacific 12 Conference Player of the Year each of the last two seasons.

Scheffler, 20, a junior at Texas, helped the Longhorns win the 2016 NCAA Championship, won the 2016 Big 12 Conference Championship and the 2013 U.S. Junior Amateur Championship.

Dalke, 19, a sophomore at Oklahoma, was runner-up to Curtis Luck of Australia in the 2016 U.S. Amateur Championship and won the 2015 Junior PGA Championship.

Collin Morikawa, 19, of La Canada and Cal, and Will Zalatoris, 20, of Plano, Texas, a junior at Wake Forest, were selected as alternates.

Paul D. Caruso Jr., a former member of the USGA Executive Committee, will serve as captain of the U.S. team.

The World Amateur Team Championship is conducted by the International Golf Federation, which ran the golf competition at the 2016 Olympic Games in Rio de Janeiro.