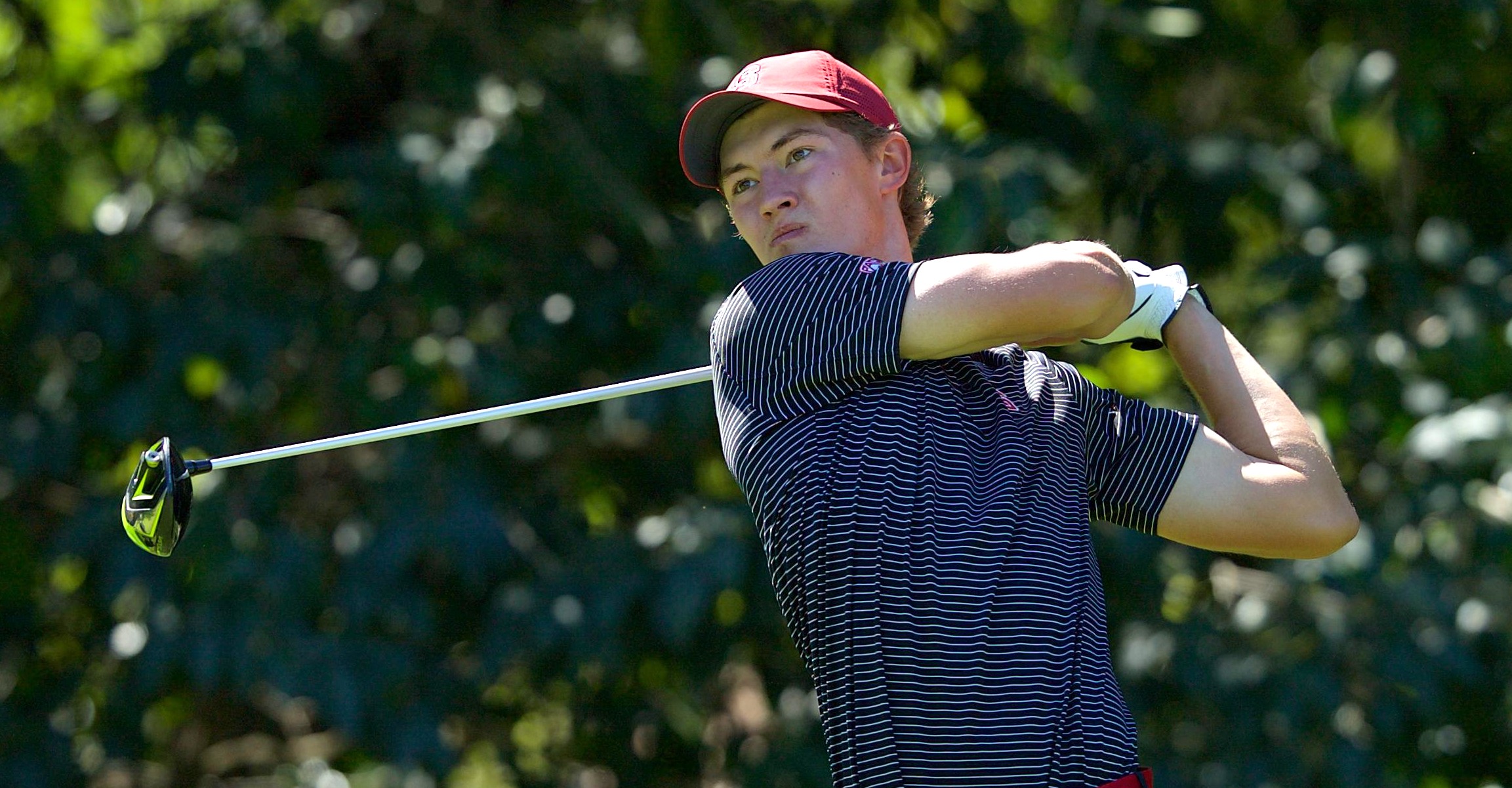 Maverick McNealy makes his professional debut this week in the Safeway Open at Silverado Resort and Spa in Napa, Calif., after a career at Stanford where he might have been the best thing in golf spikes since Tiger Woods.

For all his collegiate success, McNealy wasn’t a lock to turn pro because he had numerous other opportunities after graduation last spring.

He wanted to be sure he had a chance to excel as a pro golfer.

“Those guys are really, really good at what they do,” McNealy said of the players on the PGA Tour. “It wasn’t until after my sophomore year that it even crossed my mind that I might be good enough to give it a shot.

“With a huge amount of work, I have what it takes to be one of the best players in the world. Getting better at something is one of the most exciting and gratifying things for me in life, and I’m excited to see how good I can get at golf.”

The 21-year-old McNealy, from Portola Valley, Calif., is the son of Scott McNealy, co-founder of Sun Microsystems. He wasn’t at Stanford simply to play golf, which he did well enough to win 11 times, tying the school record set by Woods in 1996 and equaled by Patrick Rodgers in 2014.

That is why he still was considering a business career after leaving Stanford.

“He earned a four-year engineering and MBA-like degree while tying Tiger and Patrick, and winning just about every award he could,” Scott McNealy said. “If he wants to go take five years or seven years and give this a heck of a run, he’s earned it. I’m totally supportive. I just wanted him to understand if he wants to be the next Michael Dell or Mark Zuckerberg … those guys got started when they were 17. …

“Maverick was taking finals on the Tuesday before playing in the (2017) U.S. Open (as a qualifier). So, I’ve also explained to him, ‘You are three to four years behind despite what you’ve been able to do.’ Justin Rose went pro at 17. Jon Rahm has been killing the world. Look at Jordan Spieth (who left Texas after one year).

“‘While you were studying, they’ve been out there winning tournaments. You’ll be a couple to three years behind everybody.’”

Maverick McNealy, who has been No. 1 among amateurs in the World Golf Rankings and the Golfweek/Sagarin Rankings at times during the past few years, always had his father to let him know where he stood.

After enjoying a season in which he won six times at Stanford and was College Player of the Year as a sophomore, McNealy got a phone call from Dad.

“If you want to turn pro, this would be a great time,” Scott McNealy said.

Maverick was having none of it.

“Dad, that’s the craziest thing I’ve ever heard,” he responded. “There’s no chance I’m not coming back to Stanford.”

McNealy wasn’t quite as dominant in his last two seasons with the Cardinal, perhaps because of his school workload, even though he increased his amateur victory total to 12 while playing on United States teams in the Arnold Palmer Cup twice, the Walker Cup twice and in the 2016 Eisenhower Cup.

Still, he had some doubt about a pro career.

“To be completely honest, there’s one guy on each shoulder,” McNealy told the Golf Channel. “One guy is saying, ‘What are you doing, Maverick? These guys are extremely good.’ But the other guy is saying, ‘There’s so much fun and potential to do cool things and have a blast.’

“I’m nervous and excited (about turning pro), but I also realize it’s not a walk in the park for a professional athlete, it’s the furthest thing from a certain outcome and future. But I’m full bore ahead, trying to become the best player I can be.”

McNealy has made nine starts against the pros as an amateur, with his best finish a tie for 44th at the John Deere Classic earlier this year. He missed the cut in his three starts in the majors—in the 2014 U.S. Open at Pinehurst No. 2, in the 2017 U.S. Open at Erin Hills, and in the 2017 Open Championship at Royal Birkdale.

Interestingly, Woods didn’t really light it up in his few forays against the pros while he was at Stanford.

One thing McNealy learned about life on the road, including the travel and the solitary hotel rooms that are common for the touring pro, is that it’s not so bad.

“I thought I’d hate it, but I actually really enjoyed it,” said McNealy, who particularly liked taking part in a junior clinic two days before the start of the Barracuda Championship in Reno, Nev.

“I’d love to be a great role model and an inspiration, but for any of that to matter, I have to play well and succeed.”

The kid has done his homework and believes he can compete with them or he wouldn’t be there.