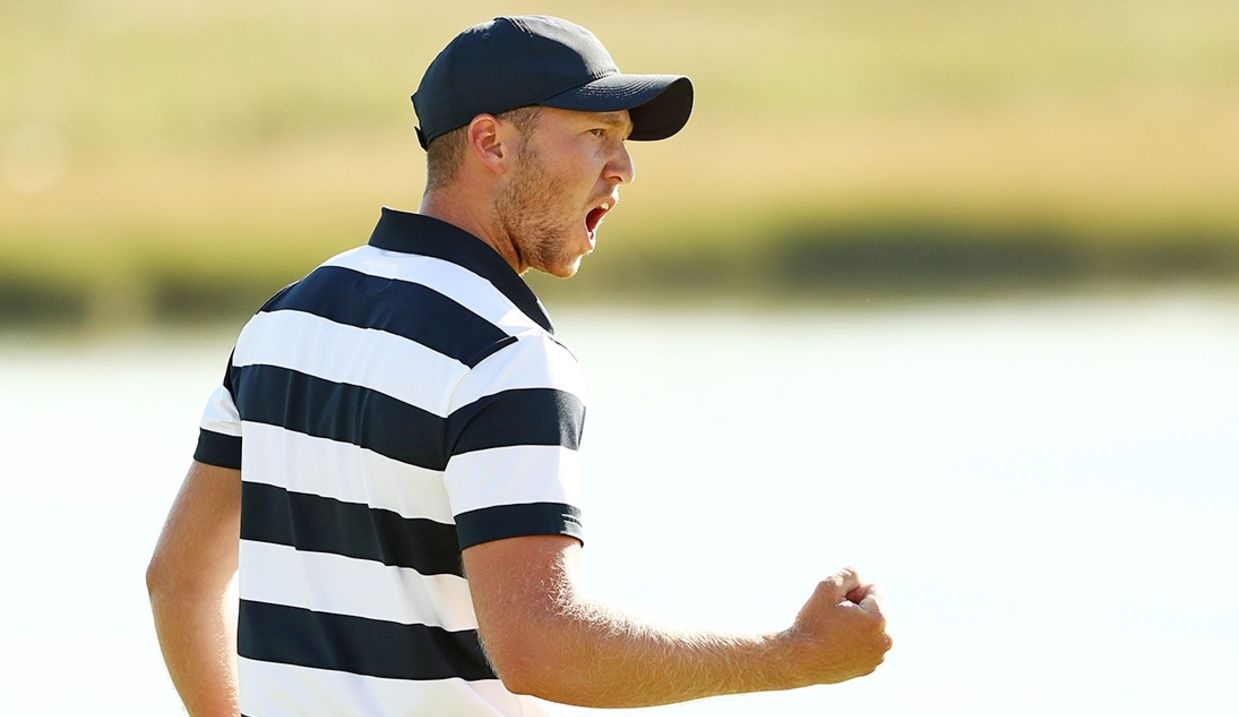 The United States coasted to a 19-11 victory in the 12th Presidents Cup, although the Internationals displayed their pride by scoring the most points during the 12 Sunday singles matches.

Daniel Berger (pictured) provided the winning point for the Americans in his 2-and-1 victory over Si Woo Kim of South Korea, giving the U.S. a 10-1-1 lead in the biennial event.

“Captain (Steve) Stricker came up to me on 16 and told me that we had clinched it,” said Berger, who on Saturday became the last player on the U.S. team to earn a full point. “What a feeling. We’ve been here for the past week but we’ve been planning this for months. It is just a great feeling.

“It was more about the team, it wasn’t about me getting the clinching point. I was just really happy to be able to close out my match today. Si Woo played great. … It’s so exciting and we’ll celebrate tonight.”

The Americans beat the Internationals for the seventh consecutive time since a tie in 2003 in South Africa, where Tiger Woods and home favorite Ernie Els played three extra holes even and could not break the deadlock before darkness ended play.

The Internationals’ only victory came by a 20½-11½ score in Australia in 1998 and they have never won in seven matches on U.S. soil.

“It has been a great ride,” Stricker said. “There is a lot of hard work from everybody involved, all of the players, the assistant captains. It was just a great group of guys. They played so well together. They get along so well. They came in here riding a ton of momentum and a ton of confidence. It was just about putting some good pairings together and getting out of their way. They just played unbelievably.

“Our guys just came in with a little bit better form than the International team, I think is the bottom line. They have great players on their team but I think some of their great players weren’t playing up to their capabilities, and our guys were. And we’re playing right here in front of a home crowd. All of that makes a huge difference. I’m so proud of my guys.”

The International team won six of the 12 singles matches, as Jason Day of Australia beat Charley Hoffman, 2 and 1; Hideki Matsuyama of Japan downed Justin Thomas, 3 and 1; Charl Schwartzel of South Africa edged Matt Kuchar, 1 up; Louis Oosthuizen of South Africa got past Patrick Reed, also by 1 up; Adam Scott of Australia defeated Brooks Koepka, 3and 2, and Jhonattan Vegas of Venezuela took out Jordan Spieth 2 and 1.

In addition to Berger’s victory, the only full points for the Americans in singles came when 47-year-old Phil Mickelson beat Adam Hadwin of Canada, 2 and 1, and Rickie Fowler routed Emiliano Grillo of Argentina, 6 and 4.

The other matches were halved, including Kevin Chappell against Marc Leishman of Australia; Kevin Kisner vs. Anirban Lahiri of India, and Dustin Johnson against Branden Grace of South Africa.

The 13th Presidents Cup will be played Dec. 12-15 at Royal Melbourne Golf Club in Melbourne, Australia, where the Internationals claimed their only victory.