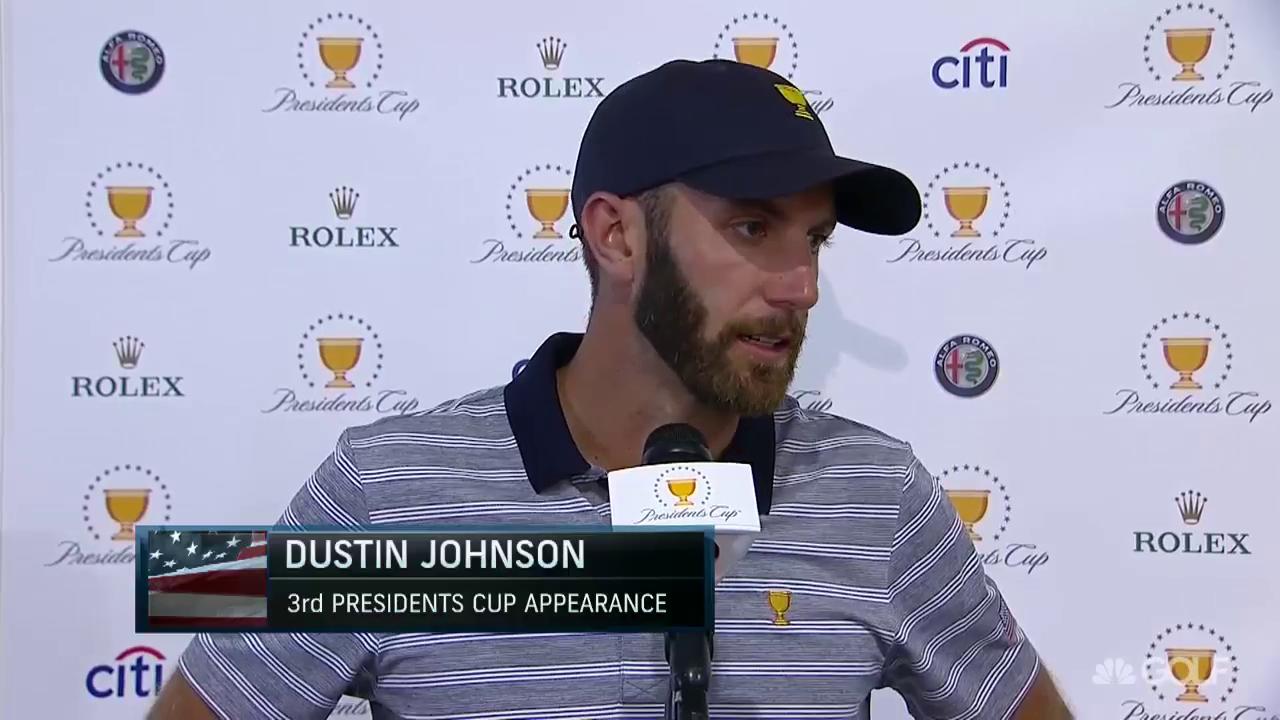 The United States was heavily favored in the 12th Presidents Cup, but the Americans almost finished off the International team before the 12 Sunday singles matches.

The U.S. collected 6½ of 8 points available on Saturday and was close to clinching the Cup 24 hours early before taking a 14½ to 3½ lead into the final day at Liberty National Golf Club in Jersey City, N.J.

“We knew at lunch that we could win the Cup today,” said Jordan Spieth, who won two more matches with Patrick Reed, with whom he is 8-1-3 in the two-man matches in the Ryder and Presidents Cups. “We’ve just played so well.”

The U.S. went 3-0-1 in the foursomes matches on Saturday morning and followed that up by going 3-1 in the four-ball matches in the afternoon.

It could have been all over but the shouting from the New-York New Jersey crowd, but Anirban Lahiri of India and Si Woo Kim of South Korea prevented the Americans from claiming the Cup with a 1-up victory over Charley Hoffman and Kevin Chappell in the final match on the course.

“We need only one point to win the Cup and that’s a great place to be in,” said Captain Steve Stricker, who has made all the right moves in the pairings this week. “It’s been three days of great golf by our guys that has been really special.

“It was the same today. We haven’t always started off well, but our guys have been resilient and I guess they just don’t like to lose.”

In the morning foursomes, Spieth and Reed defeated Marc Leishman and Jason Day of Australia, 4-3; Dustin Johnson (pictured) and Matt Kuchar downed Adam Scott of Australia and Adam Hadwin of Canada, also by 4 and 3; Phil Mickelson and Kevin Kisner beat Emilio Grillo of Argentina and Jhonattan Vegas of Venezuela, while Rickie Fowler and Justin Thomas halved their match with Branden Grace and Louis Oosthuizen of South Africa.

In the first three matches of the afternoon, Spieth and Reed beat Oosthuizen and Day, 2 and 1; Thomas and Daniel Berger got past Vegas and Hideki Matsuyama of Japan, 3 and 2, while Johnson and Koepka defeated Leishman and Grace, also by 3 and 2.

Johnson has the best record of the week at 4-0.

“We knew we were favored, but we can’t take anything for granted, because these guys (on the International team) are really good,” said Johnson, the top-ranked player in the world. “We know we have to play well if we want to win and we have played great, put a lot of points on the board.”

Said Berger, the last American to put a full point on the board: “I was feeling a little left out, but it was great to go out with Justin and get that point.”

There have been plenty to go around.